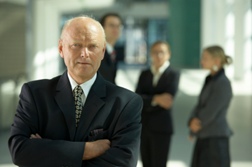 The legislation, which is comprised of four separate bills, each with enough bilateral support in the Senate to pass, was created in response to the financial crisis that has the overtaken Garden State's pension fund in the aftermath of the latest economic recession. The State Assembly has announced plans to introduce a companion version of the bill, with final approval expected as early as March.

Labor Unions in New Jersey vehemently oppose the legislation, claiming that the changes are tantamount to an attack on employee rights - a claim that legislators refute.

"Something must be done and fast, if we are to save the system from collapsing under the weight of its debt and failing to deliver on its promise to provide long-term security for people who have dedicated their lives to government work," Senator Barbara Buono, a Democrat from the Middlesex area told the New Jersey Star Ledger. "Pensions under attack? Quite the contrary."

If you or a loved one have suffered losses in this case, please click the link below and your complaint will be sent to an employment law lawyer who may evaluate your New Jersey Labor Law claim at no cost or obligation.
Request Legal Help Now