A Monster Energy Drink Injury lawsuit currently being litigated in the Central District of California was, prior to the onset of the yuletide season, embroiled in debate over whether or not the plaintiff was in a position to sue over misleading information allegedly appearing on Monster energy drink labels, given that product labels and the regulatory framework to which energy drinks belong falls within the jurisdiction of the US Food and Drug Administration (FDA). 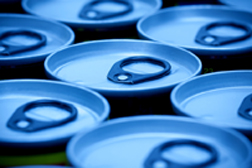 The plaintiff in the Monster drink contents lawsuit is Michael Richard Marsh. According to court documents, Marsh described a habit of consuming four energy drinks per day for more than a year. The beverages were manufactured and marketed by Monster Beverage Corp. In 2013, Marsh suffered a heart attack. He subsequently launched a Monster drink contents lawsuit against Monster Beverage Corp. citing allegations falling within six counts of wrongdoing, including breach of implied warranty.

Amongst Marsh’s claims is an allegation that Monster allows for too much caffeine in its formula without divulging to consumers just how much caffeine is in its product - thus, consumers don’t really know conclusively what they are ingesting in terms of product levels.

Monster countered, arguing that energy drinks are classed by the FDA as a dietary supplement under the Food, Drug and Cosmetic Act (The Act). According to provisions in The Act, manufacturers of energy drinks are not required to list exact levels of ingredients.

“The Monster energy drinks purportedly consumed by plaintiff complied with this federal regulation and plaintiff cannot usurp the FDA as the sole authority to regulate the safety and labeling of energy drinks, whether marketed as dietary supplements or as a conventional food,” Monster said, according to court documents. “To so do, would allow a private litigant to impose labeling requirements different than those prescribed by federal law.”

In his Monster caffeine levels lawsuit, Marsh also took Monster to task for various marketing claims and other jargon used in its advertisements. The plaintiff leveled criticism at Monster for encouraging consumers to “pound down” and “tear into” the products.

Monster retaliated that such statements were “mere puffery” under the law. “No consumer can reasonably expect to be pounded by defendants’ beverage, let alone be in a position to tear into an aluminum can,” Monster said. “Nor can declaring the ‘buzz’ in a Monster energy drink superior to other energy drinks (half its size by volume) be actionable.”

More MONSTER ENERGY DRINK INJURY News
Various lawsuits have alleged injury or death following consumption of energy drinks containing - in Monster’s case - relatively high monster caffeine levels when compared to soft drinks. Actual caffeine can also add to the stimulus effect derived from use of other natural ingredients that can mimic the effects of caffeine. Monster and other manufacturers have countered that caffeine levels in their energy drinks are not unlike that found in a strong cup of coffee. However, critics argue that coffee is served hot and not meant to be guzzled or ingested quickly, in the same way that an energy drink might be consumed.

Allegations have suggested the presence of a culture amongst young people and consumers of energy drinks to pound down, throw back or tear into an energy drink for the “buzz” that would be produced - behaviors that plaintiffs claim is encouraged through energy drink marketing and promotion.

Consumption of energy drinks in large quantities - and ingested rapidly - have led to Monster Energy Drink Deaths and Hospitalizations.