Excessive consumption of energy drinks has been reportedly linked to a man’s heart attack. Published studies have already suggested that high levels of caffeine in energy drinks could play a role in cardiovascular issues in youth, but less is known about their effects in adults. Three lawsuits concerning energy drinks and cardiac problems have recently been settled for confidential amounts. 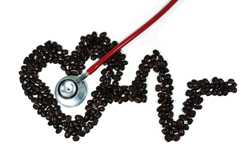 Express (12/11/15) reports on Martin Bowling, who at 28 years old was working 60-hour weeks in insurance. To keep himself going, he reportedly drank high quantities of an energy drink. One night after drinking two liters of an energy drink, he collapsed in a pub and was taken to the hospital. After testing, doctors found excessively high levels of caffeine in Bowling’s blood stream, which they believe contributed to his heart attack.

In October 2014, the World Health Organization (WHO) issued a warning concerning energy drinks, noting that increased consumption of the drinks could pose a danger to public health, especially in young consumers. According to the WHO, in Sweden, sales of some types of energy drinks to children are banned, while in Hungary, a public health tax has been placed on certain goods including energy drinks.

More MONSTER ENERGY DRINK INJURY News
The WHO recommended establishing a maximum limit for the amount of caffeine in a single serving of energy drinks; regulations to restrict sales of energy drinks to children and youth; and further research to understand the risk of adverse effects associated with energy drinks. The agency’s researchers, writing to Frontiers in Public Health, noted that “As energy drink sales are rarely regulated by age, unlike alcohol and tobacco, and there is a proven potential negative effect on children, there is the potential for a significant public health problem in the future.”

In 2015, three lawsuits filed against Monster Energy were settled for undisclosed amounts. The wrongful death lawsuits alleged consumers died of heart problems shortly after consuming an energy drink. Although Monster Energy reportedly settled the lawsuits, the company argues its products are safe for consumption.

Critics of energy drinks note that the drinks may include “masked” caffeine, which is more highly concentrated than the caffeine found in coffee. Guarana, which may be used in energy drinks, is reportedly twice as concentrated as coffee bean caffeine. Furthermore, certain medications can increase the effects of the caffeine.

Caffeine toxicity has been linked to cardiac problems, including arrhythmia.

Posted by
Edward D. JOhnson
on January 1, 2016
I was surprise to find that down the street from where I work in Bridgeton, MO. There's an Exxon station that have energy drink like stuff on tap. I got a 44oz soda and thinking that this was like rasberry flavor I could add to my drink. Went to drink it and immediately grabbed my chest in pain. That's when I found out it was an energy additive of some kind. I pored it out and went back and got me another drink.