Regulators have sent letters to the makers of energy drinks asking them to stop marketing their products to children and youth. The letters were sent following a hearing, held on July 31, 2013, before the United States Senate Commerce, Science and Transportation Committee, regarding concerns about Monster Energy and other energy drink companies. 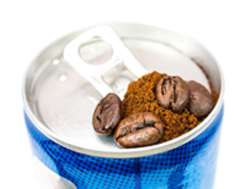 The letters were sent to a variety of energy drink companies, including 5-Hour Energy, AMP Energy, Monster Energy, Rockstar Energy and Red Bull. As noted in the letters, sent jointly by Senators Edward J. Markey, John D. Rockefeller, Richard J. Durbin and Richard Blumenthal, “medical professionals and public health officials have raised serious concerns about the potential risks associated with the consumption of energy drink products by children and teenagers.”

Among the issues discussed at the hearing were the effects of caffeine on young people and ways in which energy drink companies market their products to young consumers, including children. During the hearing, representatives of Red Bull, Monster and Rockstar Energy discussed how they use social media to promote their product, a marketing strategy that can appeal to young consumers. The letters note that the three companies agreed to adhere to the American Beverage Association (ABA) Guidance for the Responsible Labeling and Marketing of Energy Drinks to address issues such as appropriate consumption of energy drinks. Furthermore, the drink makers reportedly agreed to consider concerns about the consumption of excessive caffeine by youth in creating their marketing strategies.

The companies were given until October 14, 2013, to respond to the letter.

More MONSTER ENERGY DRINK INJURY News
In a report written by Markey’s staff, entitled “What’s all the BUZZ About?”, authors found that ingredient and labeling disclosure requirements are applied inconsistently to energy drinks, with the result being that similar drinks are represented differently, including some energy drinks being marketed as dietary supplements. Meanwhile, not all energy drinks include disclosures about their level of caffeine. And, while none of the drink makers admitted in the report to marketing their drinks to children, authors noted that the companies frequently targeted children by sponsoring events and athletes geared at high-school students.

The authors concluded that energy drink makers should be required to label their products with information about the total amount of caffeine in the drinks, include warnings that the drinks should not be consumed by anyone under 18 years of age if they include above a certain level of caffeine and cease marketing of the products to consumers under the age of 18.

Posted by
Maureen at American Beverage Association
on October 8, 2013
As drink makers testified at the hearing on Capitol Hill, energy drinks are not intended or recommended for children. This fact is made explicitly clear via an advisory statement on energy drink packaging. It’s also reflected by the industry’s voluntary pledge not to market or sell these products to K-12 schools. Furthermore, drink makers take additional voluntary steps, such as listing caffeine content on packaging.