On March 27, the law firm of Hagens Berman Sobol Shapiro filed a proposed consumer class action against LifeLock of Tempe, AZ. LifeLock uses aggressive advertising to convince consumers to subscribe to its $10-a-month "proactive identity theft protection" service, claiming to "offer a proven solution that prevents your identity from being stolen before it happens" and purporting to guarantee customers against up to $1 million in losses.

The class action, led by Robert B. Carey, managing partner at HBSS's Phoenix office, charges that LifeLock's advertising is wildly misleading; that its service provides far protection than claimed; and that its $1 million guarantee does not protect customers from losses due to identity theft. Leonard W. Aragon, an Associate in the Phoenix office who is working with Carey on the LifeLock litigation, explained the case further to LawyersandSettlements.com.

LawyersandSettlements.com (LAS): What are HBSS's main areas of activity? 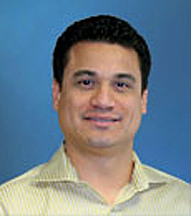 Leonard W. Aragon (LWA): We do securities and consumer-based class action work primarily, although we can do class actions for virtually any subject. We have around 33 attorneys with offices in Seattle, San Francisco, Los Angeles, Phoenix, Chicago, and Boston.

I'm in the Phoenix office; we specialize in consumer class action, basically against large companies that take advantage of a large group of people, such as LifeLock, who charge people $10 a month for their service. A single complainant against LifeLock wouldn't make much sense, but LifeLock has over 900,000 subscribers, so it's very amenable to a class action.

LAS: What's the current status of the case?

LWA: We just filed a complaint last week. They have until April 18 to respond; they may ask for an extension and file a motion to dismiss and have some or all of the claims booted. If they don't, we'll go forward with discovery. If they do, I think we'll defeat it easily.

We filed in federal court under the Class Action Fairness Act of 2005, which sends larger class action claims go to federal court when the amount involved exceeds $5 million and there's diversity between the class representatives and the entity being sued.

LAS: What are you basing the complaint on?

LWA: We're suing for violations of the Arizona Insurance Code and the Arizona Consumer Fraud Act—those are our two statutory claims. All the conduct that gives rise to our claim is based in Arizona because LifeLock is located here in Tempe.

A long time ago, the states realized that there's a big disparity between insurers and insureds, so they created insurance codes. There has to be regulation in the insurance industry, because it's a very complicated business that involves a lot of money. To protect insurance consumers, states require approval, licensing, reporting—all kinds of requirements.

LifeLock's so-called million-dollar guarantee is insurance, and they have done nothing to comply with the state insurance codes. They aren't licensed brokers or agents, they don't comply with reporting requirements, they fail to follow the law in so many ways, and that's one of our causes of action. The Arizona Insurance Code forbids advertising with false or misleading information, and we're saying that LifeLock is doing exactly that.

We're seeking rescission of the contracts, that is, returning the class members to where they were before they signed up with LifeLock. That means LifeLock should return all moneys that class members have paid them.

LAS: What is the false and misleading advertising you mentioned?

LWA: LifeLock's advertising claims that they will protect your identity "proactively" and promises a $1 million guarantee if your identity is stolen. That's deceptive. Their advertising makes it appear that they will cover you for up to a $1 million loss, but if you look at the actual terms and conditions of their contract, they don't cover you for any loss due to identity theft. What they do cover is "defects" in their product, which would be mainly failure to file a fraud alert with Experian or one of the other credit rating firms. All they're going to do is pick up the phone and call Experian or one of the other credit reporting companies and tell them there's a fraud alert on your account; that's all they do.

LAS: It sounds like you're saying that they guarantee only that they'll make that call and they're only liable to correct it if they don't.

LWA: That's exactly right, or if they fail to make an accurate fraud alert. We have some information that they may have done that. I may sign up with LifeLock as "Leonard Aragon," for example, but a lot of people mispronounce or misspell my name, so when you make the fraud alert for me it might not bring up the right person or accounts.

LAS: So does LifeLock's so-called million-dollar coverage actually cover any losses you might suffer due to identity theft?

So if covering a loss gets really expensive, they simply won't cover it. They have probably 900,000 people signed up; if five of them come to LifeLock for help with a loss and it costs them $1000 each, they'll probably cover them because they can easily afford to. If 100,000 people come to them, each seeking $1000 in losses, they almost certainly won't. So they don't have to do what they're advertising that they will do—and they won't necessarily do it if you ask them to cover a loss, and certainly not if it's going to cost them some serious money.

LifeLock's own Terms and Conditions state that they "will not be liable for any special, incidental, indirect or consequential damages of any kind, nor any damages whatsoever other than as set forth in our Service Guarantee." And that Service Guarantee says that they will only cover failures or defects in their services. They say one thing in their ads, but it's not in the contract. The million-dollar guarantee sounds great, but if you actually suffer a loss from identity theft, you're not going to get your money back because of LifeLock.

LAS: What protection from identity theft does LifeLock claim to provide?

LWA: LifeLock says they'll "lock" your identity from theft. It's not true. All they can do by setting fraud alerts is make it somewhat more difficult for people to open new lines of credit using your identity.

Let's say you go the mall and you want to open a new Macy's charge card, and you give them one of your existing credit cards to back it up. If you have a fraud alert on that card, Macy's is supposed to make a reasonable effort to contact you about it before they issue their card.

But if that credit card gets stolen and someone starts using it, that fraud alert will not do any good. It only helps in a very narrow area of identity theft, and that's opening up new credit—and it may not always work for that. That's because Macy's or some other retailer doesn't actually have to contact you; they only have to make a reasonable effort, and different retailers have different standards for what constitutes a reasonable effort. So LifeLock may not work even for that.

Another thing is that everything LifeLock does you can do yourself. You can call Experian or other credit rating companies for free and tell them to put a fraud alert on an account that you think may be stolen. LifeLock says, "Well, do you change your own oil?" and they claim to have special expertise in placing fraud alerts, but you can change your own oil if you know how and you can file a fraud alert if you know how. So, overall, they protect hardly anything, there's no real million-dollar coverage, and the fact is that you can do what they do for free.

LifeLock also claims that putting a fraud alert on an account and renewing it regularly doesn't affect your credit rating. If I signed up with LifeLock, I'd be concerned over whether having those fraud alerts in place might hurt my eligibility for a home mortgage or my mortgage interest rate or whatever. We have some evidence that, contrary to LifeLock's claims, having fraud alerts in place actually can hurt your creditworthiness. We're not sure yet, but we think that'll come out in discovery.