Janet A. says she has suffered multiple traumas in her life, but nothing compares to the pain of a reported Levaquin antibiotic side effect. Janet experienced a tendon rupture, one of the alleged Levaquin side effects. Although Janet says that the Levaquin medicine did help to treat some serious infections, the side effects she suffered had a severe impact on her life. 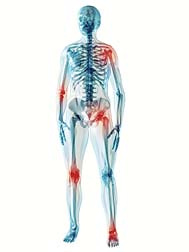 "I had taken massive doses of Levaquin," Janet says. "I have had a chronic sinus infection all my life and Levaquin did well for a while, but then I complained that it made my joints and tendons hurt. I'd have bad problems with my rotator cuff area when I took it—problems with my arms and stuff. And, I told my doctor I didn't like to take it because it made my fibromyalgia worse."

Janet says that she has taken both Levaquin and Cipro and, although she is not positive which one caused her ruptured tendon, she believes Levaquin was the culprit. Janet, who is heavily involved in horseback riding and roping, says her ruptured tendon changed her life.

"I've had my foot stomped by a horse, and almost lost it," Janet says. "I've cut my fingers in a lawn mower, I've had horrible things happen. Nothing hurt worse than when the tendon burst. You could actually hear it burst. It popped and my friend was there and I was just running around holding my arm. I didn't know what happened at first. We were getting ready to rope our dummy and I picked up the rope and swung it. That's when the tendon burst. When it burst, it sounded like knuckles popping, only a lot louder.

I couldn't lift my arm. It made it look like I had this huge bicep muscle—like I was a muscle woman. Now, you can push on the tendon and move it back and forth.

It was back in 2006, around Thanksgiving, when I tore the tendon. I went through a bad depression, because I couldn't figure out why it ruptured. I had to have someone saddle my horse for me. Of course, it was my right arm and I'm right handed. I can saddle my horse by myself, now, but it was a rough road and I was hurt bad.

But, if I hadn't taken Levaquin, they might not have saved my fingers, which I almost lost in a lawnmower. I cut the ends off both of my first 2 fingers and shattered part of my finger in 13 places. They gave me Levaquin to prevent an infection and it worked and I kept my fingers.

I always feel like I didn't lose my foot or my fingers and there are a lot of things I've been given in life, so I don't want to complain too much, but that [the tendon rupture] put a damper on my life. I couldn't do anything for myself. My life changed drastically for 3 years. I don't lift anything with weight in that hand.

More LEVAQUIN News
It took roping away from me—I won a lot of money roping and I couldn't do that anymore. I couldn't pick up my grandkids and hold them on that side. I suffered depression, which makes things worse. I couldn't ride my young horse, so I sold him. I couldn't swim and I couldn't fish. I tried to cast and I would lose the fishing pole. I used to go to the lake almost every day but I haven't fished since then.

I didn't have any physical therapy. They [doctors] talked about having the rupture fixed but they told me that it would just rupture again. I just figured it was a freak accident.

It [the tendon rupture] can happen doing anything. It took a lot away from me. It takes a lot to get back into roping or horses and those things used to get me through the days. But then I just think that if I hadn't had Levaquin for my fingers, I might have lost them. It stopped the bad infection. It's kind of a catch-22. I don't hate the drug and I'm not bitter. I just think it is something I have to learn to deal with and get better. But I'll never be able to life heavy things or anything like that."