I Want To Tell Everyone: Don't Take Ketek

John Mortimer was prescribed Ketek for a simple sinus infection. Luckily he only took it for five days. "I want to tell this to the public: do not take Ketek! I was in hospital with serious side effects - if I took it for any longer, I probably wouldn't be telling you what happened to me," he says. 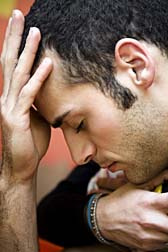 "I had never taken Ketek before but trusted my doctor," says Mortimer (not his real name). After four days I felt even worse and on New Years Day I had a fever of 103F and a pain in my lower right abdomen.

"I thought it was my appendix so I went to ER where they ran all kinds of tests. Finally the doctor told me that my liver enzymes were elevated—was I surprised. He also looked up Ketek while I was there: lo and behold, this drug could cause liver damage. He checked my gall bladder and checked for hepatitis as well. I spent three days in hospital, missed work, paid for specialists, and was worried sick, not knowing what was going on.

After three days on IV my temperature was back to normal, the pain was gone and I was sent home.

My family doctor referred me to a hematologist - a liver specialist—because my liver enzymes were still out of whack. The specialist set me up on a 32 month treatment plan and after that I had to check back with him each year

More News
After three months my count was back to normal I last saw the hematologist in December, 2006 and he confirmed that everything was fine. He was positive that Ketek was the cause and I have in my possession a copy of my medical records. He advised me to never take Ketek again because the second time could be much worse. He said that once you've had a reaction, it's like getting a bee sting—the second time could be life-threatening.

I want to say this to the makers of Ketek: you owe me money and caused me a whole lot of worry. I have a family to support and this experience was a nightmare.

As soon as I got out of the hospital I got on the Internet. I researched Ketek and one article said that the manufacturer failed to get FDA approval twice before it finally got on the market. It doesn't sound like the FDA is doing their job either - I'm sure the Ketek recipe didn't change that much before it was finally approved.

I also found out it wasn't uncommon for people in the clinical trials to have elevated liver functions. I want to get involved in a class action lawsuit against the makers of Ketek - and I want to tell this to the public: do not take Ketek!