When the Cook IVC filter manufactured by Cook Medical and identified as the Cook Gunther Tulip Filter System achieved formal approval by the US Food and Drug Administration (FDA) in 2003, it was approved under an FDA 510(k) Clearance designation – a shortcut to the approvals process that continues to generate a fair bit of controversy. Advocates say the fast-track process allows the introduction of promising medical devices to the marketplace sooner. Critics, however note that medical devices such as the inferior vena cava filter are plugged into the market and used on patients without thorough testing. 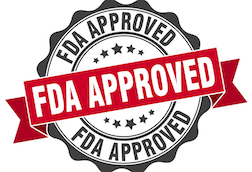 The 510(k) protocol is based on the premise that device updates, or new designs that are substantially equivalent to devices already on the market and performing satisfactorily, can bypass a clinical trial process which can be lengthy, costly, and delay the introduction of a product to the market.

However, it has been found that many medical devices which fail shortly after market introduction have gained access to the market through the 510(k) process. New-age hip joints, for example, were approved largely through the 510(k) Clearance protocol due to the similarity of design to preceding artificial hips, even though more traditional materials such as ceramics were replaced by metal, creating a metal-on-metal joint. In the end, the joints were problematic – causing inflammation and infection of surrounding tissue, and metal toxicity in the bloodstream.

Had those joints been tested on a collection of test subjects before they were introduced, such failures may have prevented a vast number of plaintiffs from having to undergo hip revision surgery.

It may have also helped prevent lawsuits.

The inferior vena cava filter is a small ‘catcher’s mitt’ inserted into the inferior vena cava artery, which carries deoxygenated blood from the lower extremities up to the heart and lungs. For individuals predisposed to blood clots who can’t tolerate blood thinners, the IVC filter has been pressed into service as an alternative. Placed in the inferior vena cava at a specific insertion point, the filter entraps blood clots and prevents migration to the heart and lungs. However, IVC filters such as those manufactured by C.R. Bard and Cook Medical have been found to fail – either through the breakage of struts, or through the migration of the complete unit, and both scenarios harmful to the patient.

In the case of plaintiff Elizabeth Hill, she received a Cook IVC filter in the Cook Celect line. The filter was also designed to be retrieved, in keeping with FDA cautions that risk for adverse health increase the longer an IVC filter remains in place after the immediate danger of blood clot has passed.

More IVC FILTER News
However, according to Hill’s IVC filter lawsuit, initial attempts to retrieve the filter shortly after it was inserted proved futile. Upon further investigation, it was determined the filter had pierced a large blood vessel as well as Hill’s small intestine, both requiring surgery.

Two years after that, in 2014 the FDA issued a safety alert with regard to IVC filters.
Hill filed her IVC filter lawsuit that same year.

The case is Hill v. Cook Medical Inc. et al, Case No. 1:2017-cv-06016, filed in US District Court for the Southern District of Indiana, Indianapolis Division.