The Human Body is Designed to Move, Whereas the IVC Filter is Not: A Disconnect?

The idea behind the IVC filter may have been meritorious: for those patients at high risk for blood clot or pulmonary embolism, for whom blood thinners are either not appropriate or ineffective, a so-called ‘catcher’s mitt’ strategically placed within the inferior vena cava artery will entrap a blood clot migrating up from the lower extremities, preventing the clot from reaching the heart or lungs. 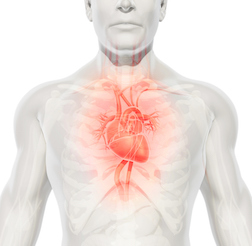 The assumption is that the inferior vena cava filter will remain in place in spite of the human condition that dictates constant movement – running, jumping, rolling over in bed, losing your balance and falling hard to the ground, playing a game of pickup hockey with the boys and being slamed into the boards…

One assumes that manufacturers thought of all that, together with the capacity for the IVC filter to not only remain at the insertion point in spite of such physiological exertions, but also for the various components of the IVC filter – such as struts – to both keep the IVC filter in place and to entrap a potentially migrating blood clot without failing structurally.

And yet, various models of IVC filter made by at least two manufacturers have indeed, been failing – leading to many an IVC filter lawsuit.

Some of the comments IVC filter patients have been leaving in chatrooms are compelling. One patient wrote just this past June that she had received a Cook Celect IVC filter in December, 2009. Since that time, she claims that her IVC filter has migrated away from the initial placement site. The writer also indicates she has been experiencing multiple health problems including, but not limited to tachycardia, and chest pain that required hospitalization.

Another contributor claims to have received an inferior vena cava filter in September, 2005 and soon experienced extreme chest pain. Doctors attributed her discomfort to stress and advised less caffeine intake. Nine years after receiving the IVC filter (the manufacturer was not identified), doctors agreed that no fewer than four of the struts associated with the woman’s IVC filter had broken away, and migrated. The patient asserts she still suffers from debilitating pain and has now been diagnosed with a heart condition. She has been told neither the offending IVC filter, nor the fractured struts can be removed, and that there is nothing medically possible to ease her suffering.

It’s telling that both comments were received in 2017, years after the contributors’ IVC filters had been implanted. Inferior vena cava filters were originally envisioned as permanent hedges against blood clots, however in recent years IVC filters are thought to be no more than temporary methods to treat heightened risk for blood clots, and should be removed as soon as reasonably possible once blood clot or pulmonary embolism risk has eased, or no longer than 54 days following implantation.

However, as we have seen a high number of patients have retained their IVC filters for years following implantation. Pundits note that part of the reason for this is a lack of understanding on the part of some doctors with regard to the need for removal sooner than later. Other issues contributing to overly long IVC implantations are filters implanted by a medical professional other than a patient’s regular doctor – such as when a patient is travelling, and experiences a health issue while on the road – and there is inadequate follow-up.

In many cases, an inferior vena cava filter cannot be removed safely, due to a structural failure and / or migration of either the entire filter assembly or pieces which have broken away and have impacted vital organs. Reported failure rates of some IVC filters support this observation.

More IVC FILTER News
Two of the leading manufacturers of IVC filters have been associated with serious adverse events, and are consequently embroiled in IVC filter lawsuits. A study published in the April, 2012 issue of Cardiovascular and Interventional Radiology found that Cook Celect and Gunther Tulip filters manufactured by Cook Medical showed some degree of vena caval perforation after 71 days. Researchers found that full perforation of at least one component all the way through the IVC wall occurred in 86 percent of all cases.

The first Bard IVC filter manufactured by C.R. Bard was approved in 2002 and placed into the market the following year. However the Bard Recovery filter was eventually removed from the market following reports of fractures and other adverse issues, and replaced with the Bard G2 IVC filter – the latter promising enhanced resistance to fracture, improved centering and increased resistance to migration. No official IVC filter recall was issued for the Bard Recovery filter, which was only removed from the market when the Bard G2 was ready to replace it.

The Bard G2 IVC filter was found to be of little improvement over its predecessor.