Any patient about to be implanted with an IVC filter, or presented with a recommendation for same by their doctor, would naturally assume the procedure is necessary and unavoidable. Indeed, for many patients who can’t tolerate blood thinners the placement of this medical catcher’s mitt remains a life-sustaining strike against the potential catastrophe of a wayward blood clot. 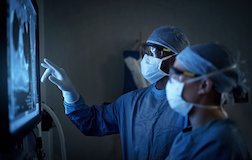 Few would-be patients might take the time to research the inferior vena cava filter. Were they to, they might become aware that according to recommendations and best practices promoted by the US Food and Drug Administration (FDA), filters placed in the inferior vena cava artery to ward against migration of blood clots are in most cases a temporary placement – and should be removed as soon as the imminent threat of a blood clot has passed. Specifically between 29, and no later than 54 days after the danger of a blood clot has passed.

The FDA has determined, by way of studies and analysis of its own adverse events data, that the risk for IVC filter side effects increase the longer a filter is left in place.

What alarms the FDA even more, and the issue that has put the regulator on this path, is data that suggests in the majority of cases, temporary IVC filters such as the Bard IVC filter as an example, are not removed: either due to the fact the initial placement fell through the cracks of follow-up, or the filter had become so intertwined in tissue that any attempt for removal would pose a high health risk. Some attempts at removal have failed.

One blogger for whom the placement of an inferior vena cava filter had been recommended, took the time to research the subject prior to giving her consent to the procedure. Laura, who pens the blog INSIDE MY STORY, titled her entry on the subject ‘IVC Filter? No Thanks!!’

Laura is a mother with grown children, a long-serving employee at a university, and a woman who has suffered both a heart attack and a diagnosis of multiple sclerosis. Laura chronicles the timeline leading up to corrective surgery she required on her foot, for which placement of an IVC filter for potential blood clots resulting from the surgery had been recommended.

The surgery, as it turned out, was postponed after her husband underwent hip replacement surgery. “I’m honestly thankful for the delay,” Laura writes in her blog, “because it gave me time to consider the surgical options.  Initially the surgeon said I would need to be fitted with an inferior vena cava (IVC) filter to catch any potential blood clots from the surgery and prevent me from having a pulmonary embolism or worse. The delay gave me time to do research and ponder what I had read and fortify myself for an important conversation with the surgeon about why I would not want to undergo this procedure.

“The IVC filter is implanted via a heart catherization (sic) procedure,” Laura writes. “It is designed to be removable, but in about 80 percent of the time, the filter is left in or it has been [irretrievable]. Now, I’ve been through a heart catheterization and that part didn’t bother me so much but reading about the problems with placing one of these filters, as well as the documented problems that they sometimes come apart and pieces of it can travel to the heart and cause death made me pause. I researched further and found very little scientifically rigorous research to support the use of the IVC filter – there was even more written that said it wasn’t the best option for most people.”

More IVC FILTER News
Various IVC filter lawsuits have alleged that IVC filters are defective. Struts, or tines have been known to break away from the spider-like device and migrate to the heart, lungs or other internal organs becoming embedded within, or perforating tissue with often disastrous results for the patient. Various IVC filters have bene the subject of an IVC filter recall, although C.R. Bard – manufacturer of the Bard G2 IVC filter, did not issue an IVC filter recall after its Recovery IVC filter was found to be having problems. Instead, it brought the G2 to market while continuing to make the Bard Recovery IVC filter available. Observers have since surmised that the Bard G2 is not much of an improvement over the allegedly defective IVC filter it was designed to replace.

With her research in tow, blogger Laura had another session with her surgeon and listed her concerns. In the end, Laura’s surgeon agreed “that we could proceed with the surgery if we took other precautions, so I am now self-injecting Lovenox, a blood thinner, for the next 21 days to ward off any blood clot problems.

“I would much rather do this, than take an unnecessary and unwarranted risk with the implant of an IVC filter.”

Other patients have not been quite so fortunate, without prior knowledge of the risks associated with an IVC filter and the potential for difficulty in its removal, if removal is even possible.