IVC filters are typically considered life-saving devices that can prevent a patient from suffering a pulmonary embolism in cases where the patient cannot take an anticoagulant. Concerns have been raised, however, that patients who have an inferior vena cava filter implanted are at an increased risk of serious complications, including device perforation of major blood vessels. Now, a study suggests that not all patients who receive the filters actually need them, meaning they could needlessly be put at an increased risk of complications. 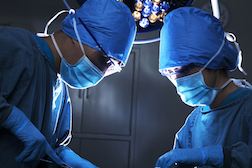 The study was published January 2017 in the journal JAMA Surgery and investigated the association between having an IVC filter implanted and overall mortality in patients. Researchers sought to answer whether implantation of an IVC filter in trauma patients affected their chances of survival. To conduct the study, researchers examined the results of patients who had an IVC filter inserted at Boston Medical Center between August 1, 2003 and December 31, 2012. A similar control group was also examined.

Researchers found that in patients who survived more than 24 hours after their injury, there was no difference in mortality in patients who had a filter implanted compared with those who did not have one implanted. In other words, if the patient survived 24 hours, the use of an IVC filter did not improve chances of survival. In follow-ups of six months and one year from discharge, there was similarly no significant difference between those who had a filter and those who did not.

The study's authors concluded that the use of IVC filters in trauma patients should be reexamined because although the filters are meant to be removed, they frequently are not, "and there is an increased risk of morbidity in patients with filters that remain in place." Although patients who have the filter implanted do not have a higher risk of survival, due to low rates of filter removal they could even be at an increased risk of serious complications.

More IVC FILTER News
In an opinion piece published in January 2017 in JAMA Cardiology, authors wrote that there is still a need for IVC filter use in certain patients, but that the "indiscriminate use of IVCFs without clear indications places patients at risk of serious complications, and we do not support this practice." For patients at risk of pulmonary embolism who do not tolerate anticoagulants, however, IVC filters may still provide an important, life-saving option.

Plaintiffs who have filed lawsuits against the companies that make IVC filters say they were harmed by the devices that were supposed to save their lives. As of January 17, 2017, there were 1,366 lawsuits consolidated for pretrial proceedings in MDL 2641 against Bard and 1,371 lawsuits consolidated in MDL 2570 against Cook Medical.