More to IVC Filter Failure Than Meets the Eye

Several issues can be at play with regard to IVC filter failure, and the oft-resulting IVC filter lawsuit which claims, invariably, that IVC filters have failed due to alleged structural failure or device migration along the inferior vena cava. 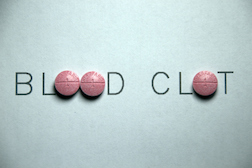 The inferior vena cava is the largest primary artery in the body, moving oxygen-depleted blood from the lower extremities to the lungs and back to the heart. A meandering blood clot from the lower extremities can pose a danger to the patient were the clot to reach the lungs or heart. Thus, for those patients who have problems tolerating blood thinners, or in the throes of increased risk of blood clot thought to be temporary in nature, the installation of an inferior vena cava filter is often recommended as an appropriate response.

The IVC filter, made by various manufacturers including CR Bard, makers of the Bard G2 IVC filter, was originally envisioned as a permanent device for high-risk patients. However, in more recent years the IVC filter has evolved to a temporary response to blood clot danger in an ever-expanding cohort of patients. Once inserted in the inferior vena cava, the inferior vena cava filter works to ensnare blood clots and hold them in place, until the IVC filter can be retrieved once the danger has passed.

These devices are referenced as retrievable filters, and feature a different design and build when compared with the original devices designed to be permanent, or at least more so.

The difficulty, as recent warnings by the US Food and Drug Administration (FDA) suggest, is ensuring these retrievable devices are properly retrieved in a timely fashion, once blood clot risk has passed. However, as far back as 2010, according to an article in Endovascular Today (02/10), studies were beginning to point to retrieval rates described as dismal.

Concerns, at the time, were emerging that the risk for IVC filter complication increased the longer a retrievable inferior vena cava filter remained in the body. The article, When Temporary IVC Filters Become Permanent, also noted that attempts at device retrieval usually proved successful – but that the majority of retrievable filters are left in place permanently, potentially due to poor follow-up.

To support this hypothesis, a multicenter retrospective review sponsored by the American Association for the Surgery of Trauma and published in 2007 analyzed a cohort of 446 trauma patients receiving retrievable filters – predominantly for prophylaxis, the review authors said. The review, entitled Practice patterns and outcomes of retrievable vena cava filters in trauma patients: an AAST multicenter study and authored by R. Karmy-Jones and colleagues at Harborview Medical Center in Seattle, found that IVC filters were successfully removed in 22 percent of the cases. The majority of patients without having their IVC filters duly retrieved were in that position because they were lost to follow-up.

The investigators concluded that physicians placing the filters should bear the responsibility for follow-up in an effort to improve rates of retrieval.

More IVC FILTER News
Various IVC filter lawsuits target manufacturers such as CR Bard for manufacturing and marketing an allegedly unsafe and defective product. Plaintiffs further alleged that there was no IVC filter recall when the CR Bard Recovery filter was allegedly found to be problematic, but instead left the filter on the market for about three years before introducing the Bard G2 filter as heir to the Recovery. The G2 filter has been alleged to carry few improvements, and therefore benefit, beyond the Recovery filter.

Plaintiffs and their IVC filter attorneys may nonetheless have to consider the role played by doctors, health practitioners and the medical community with regard to the need for more emphasis in the harvesting, in a timely fashion, of IVC filters designed to be retrieved and not left in the inferior vena cava for a prolonged period of time, lest the risk for IVC filter side effects increase.

Posted by
Grace Hillary Cohan
on January 1, 2017
I have the Bard G2 IVC Filter and it was placed in my body in April, 2007. I am so angry because it is one of the filters that Bard forged the signature of the Scientist. Why are these people not in jail? All they care about is money.

I have had such bad pains from this Filter that I have actually gone to the ground on my knees. My Filter is stuck and pushing out. It is also sticking out of my inferior vena cava. My doctor says it can't be removed.

The doctors, hospital, no one told me that it had to be removed within 60 days. No one said anything to me at all that I even had it put in me. I found out a few years after it was placed in my vein.

Why would the doctor or hospital not tell me about the Filter being placed inside of me? I am part of the lawsuit against Bard and am considering one against the doctor and hospital for not telling me about it or removing it.

We, the people with the Bard G2, can die from this Filter. Does Bard care? Of course not. They have their big houses, fancy cars, and are living very comfortably while we are suffering with this defective equipment inside us.

Posted by
Sara Harakas
on December 5, 2016
I had a Greenfield Filter inserted in 1996 due to multiple pulmonary embolisms and many DVT clots in my right leg.
It is still in there. I don't know if it was meant to be permanent of not, but I was told that it would prevent more pulmonary embolisms. I have since had another incident of PE's about 2003 or 2004, I think. I am no warfarin for the rest of my life. Do you know if this filter should be removed, and what are the dangers of leaving in place or removing? Thank you for any information you can give me.