A Canadian patient who had an IVC filter implanted and was told it could not be removed has reportedly had surgery to have the device taken out. The patient received the inferior vena cava filter to prevent a blood clot from making its way to his heart or lungs, but was told by doctors the device had migrated, making it too risky to move. After he was featured in a news report, the patient was contacted by an expert in removing the devices, who offered his services to the patient. 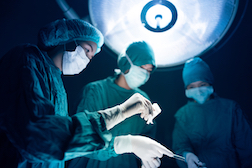 According to CTV News (11/24/16), John Boehmer had the IVC filter implant for eight months when doctors initially attempted to remove it. At the time, they told him the device had moved and a bent prong was in danger of piercing his pancreas. As a result, Boehmer was considered too high risk to have the implant taken out. CTV News shared his story in August 2016 after Health Canada issued a safety warning about inferior vena cava filters.

Health Canada's warning came on the heels of 121 serious incident reports concerning the filters, made by six manufacturers. Among the reports were concerns about perforation, thrombosis, filter fracture, migration, and cardiac perforation. The agency noted that because many complications occurred when filters were implanted for longer than 30 days, patients who had a retrievable filter implanted should be identified and medical professionals should develop a strategy to remove the filter.

After his story was aired on CTV, Boehmer was reportedly contacted by Dr. Adnan Hadziomerovic, who has removed approximately 200 filters. Despite Boehmer's being one of the more complicated procedures, the doctor was able to successfully remove the implant without any adverse events. Although Boehmer's implant was successfully removed there are still reportedly patients who have IVC filters implanted who have been told theirs cannot be removed.

More IVC FILTER News
One study indicates retrievable filters are being left implanted for longer than necessary. The study, published September 28, 2016, in the journal JAMA Surgery, found that during the four years they followed patients who received an IVC filter at Boston Medical Center, only eight percent of the filters were removed.

"The use of IVC filters in this population should be reexamined because filter removal rates are low and there is increased risk of morbidity in patients with filters that remain in place," researchers warned.

IVC filters are used to prevent blood clots from reaching a patient's heart or lungs when the patient cannot tolerate anticoagulant therapy.