Veteran litigator Howard Nations and his Houston, Texas firm are at the forefront of the litigation against the makers of a medical device known as an Inferior Vena Cava filter, or IVC filter. Intended to prevent strokes or pulmonary edema in patients at risk of deep vein thrombosis, the retrievable style devices are known to fail and result in injury or even death. 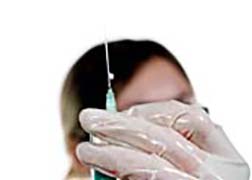 The IVC retrievable filters are tiny, spider-like metal devices that are designed to literally trap blood clots before they travel up the body’s largest artery, the inferior vena cava, to the lungs or brain, and cause an embolism or stroke. A surgeon or radiologist implants the 12-legged IVC filter in the artery.

The devices, manufactured by C.R. Bard and by Cook Medical, are commonly used in patients that cannot tolerate blood thinners to reduce the risk of blood clots.

“There have been problems with the devices tilting, which results in the device creating clots. Or the vein can be blocked,” says Nations. “But the most likely problem is for the device to fracture. That’s the biggest problem that the Bard device has.”

His firm is currently representing clients in two MDLs and has recently filed seven more suits in the state of California, which may also be consolidated into an MDL in the future. “One of the legs of the filter breaks off and travels up the artery or it can puncture the vein. If it gets through that vein, it can puncture an adjacent organ such as the bowel. There have instances where it has perforated the spine,” notes Nations.

One of Nations’s clients is a 70-year-old nurse. She was traveling from Atlanta to San Francisco, and shortly after her plane landed while she was standing at the rental car office, she began to experience weakness and heart palpitations.

“They took her immediately to the hospital,” says Nations.
“She was taken into surgery and was flatlining on the operating table.”

What the doctors discovered was that two of the pieces of the filter had broken off. They discovered that one of the pieces had “perforated her pericardium and she was bleeding into the pericardium, which was interfering with her blood flow and causing her irregular heartbeat.”

“One of the pieces they found near her aorta, the second piece is still somewhere in her body,” says Nations. “She’s not very happy about that.”

More IVC FILTER News
Nations says his client had the IVC retrievable filter implanted for six years when the heart arrhythmia event occurred. The most likely time of the filter to fail, if it fails, is at the five-and-a-half-year mark he adds.

The MDL is currently in the discovery phase and focused on what Nations describes as “general depositions on causation” issues. The next phase will involve expert witnesses.

“We are finding some pretty important things in terms of what the companies knew and when they knew it,” says Nations. “And we are finding out a lot about what they didn’t tell the FDA, things that point to the manufacturer’s liability in these cases.”

The problems related to IVC filters are focused on the retrievable type. The permanent filters that preceded the retrievable filters had few issues. “It seems to be the design modifications that created the problems with reliability,” says Nations.

Posted by
Lupe Anaya
on June 7, 2016
Husband had this placed in hospital & died from comications