As patients wait to hear if the proposed Invokana multidistrict litigation has been approved, Janssen has been handed a loss in a lawsuit filed against them. The maker of the diabetes drug had filed to have a lawsuit thrown out of Pennsylvania state court, but a judge found the Invokana lawsuit could continue as filed. 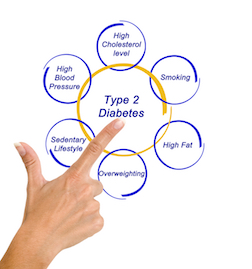 Judge Denis P. Cohen did not give a reason for his decision to allow the lawsuit to proceed in Pennsylvania.

Invokana is used to treat type 2 diabetes but has been linked to diabetic ketoacidosis, where the patient produces too many blood acids (known as ketones).

More INVOKANA News
Plaintiff Maria Puente allegedly developed diabetic ketoacisosis and severe kidney damage after she began taking Invokana. Puente and other plaintiffs say they would not have used the drug had they been properly warned about the risks.

The New Jersey MDL that has been proposed is In Re Invokana (Canagliflozin) Products Liability Litigation, MDL 2750, in US Judicial Panel on Multidistrict Litigation. The individual lawsuit is Landes v. Janssen Research & Development LLC et al., case number 160300269, in Court of Common Pleas in the State of Pennsylvania, County of Philadelphia.

Posted by
Sara
on November 12, 2016
In July of 2016. it was discovered that I got type 2 diabetes, By the end of the July month. I was given a prescription for the Metformin, I stated with the ADA diet and followed it completely for several weeks but was unable to get my blood sugar below 140, Without results to how for my hard work. I really panicked and called my doctor. His response?? Deal with it yourself, I started to feel that something wasn’t right and do my own research, Then I found Lisa’s great blog (google " HOW NOW I FREED MYSELF FROM THE DIABETES " ) .. I read it from cover to cover and I started with the diet and by the next morning. my blood sugar was 100, Since then. I get a fasting reading between the mid 70s and 80s, My doctor was very surprised at the results that. the next week. he took me off the Metformin drug, I lost 30 pounds in my first month and lost more than 6 inches off my waist and I’m able to work out twice a day while still having lots of energy. The truth is that we can get off the drugs and help myself by trying natural methods..