It has been one year since the State of California Insurance Commission began its push for major insurance industry reform, charging that auto insurers such as State Farm Auto Insurance have been enjoying burgeoning profits, thanks to lower pay-outs and higher premiums.

While drivers are beginning to see the benefit of these reforms, State Farm and other companies remain under increasing pressure to respond to complaints about a range of issues, such as illegal accident surcharges on insurance policies. These surcharges were allegedly applied in instances where drivers had no previous insurance, or where previous insurance was not verified by State Farm Auto Insurance.

"The reforms are a victory," says one consumer advocate, "but we clearly have a long way to go." 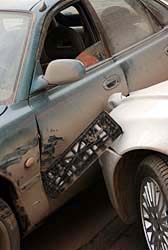 New Reforms Protect Consumers
California's new auto insurance reforms include a revised pricing policy that requires insurers to base their premiums on a driver's safety record rather than on his or her place of residence (based on ZIP Code).

For Jennifer of West Hollywood, the ZIP Code rating system had always seemed unfair. "I moved here in 2001 with a perfect driving record. I was flabbergasted at the rates I was being quoted from State Farm." According to Jennifer, a public school teacher: "I was being judged on where I live and work ... it was like my driving record had nothing to do with it!"

State Farm Fought Reforms
While State Farm Auto Insurance and other insurers unleashed a $2.4 million advertising campaign attacking the reforms, the reforms were eventually approved by California's Office of Administrative Law, thanks to the diligence of the U.S. Attorney's Office, the California Attorney General, the Insurance Commissioner and consumer advocacy groups.

In its campaign against the Commissioner's reforms, the insurance industry claimed that the reforms would raise rates for 60% of the state's drivers. But the threat of rate hikes is merely a scare tactic, according to Mark Savage, an attorney with Consumers Union, the publisher of Consumer Reports magazine.

"They say your premiums will go up and you should be afraid," he said. "But it turns out that premiums are not going up across the state of California."

State Farm Premiums Fall
Indeed, State Farm has now lowered premiums by $204 million for 93% of its 3 million drivers in California. State Farm credited a decline in losses for its extra revenue that would allow the company to lower premiums.

Jim Rogers, an auto insurance industry consultant, doubts that insurance companies will suffer financial losses as a result. "They've had three profitable years, probably the best three in decades, so they have room to make some changes," he said.

According to some consumers, when State Farm Auto Insurance could not verify previous auto insurance, agents would place a surcharge on the insurer's premium, claiming that their accident record could not be properly verified.

Insurance Commissioner John Garamendi had this to say about the need for insurance industry reform: "Automobile insurance companies in this state have profited immensely at the expense of consumers. Californians are due for a break."

Jennifer couldn't agree more: "I'm fed up with the fine print and the hassles. Somebody's getting richer from all this ... and it sure isn't me!"