According to consumeraffairs.com, the consensus regarding State Farm Mutual Automobile Insurance Company is that it may be a good company, just as long as you never have an accident. And you don't live in California.

State Farm has been charging an inappropriate insurance surcharge to its California policy holders from 1997 to 2002. If the insurance company could not verify previous auto insurance, a surcharge would be placed on the insurer's premium, claiming that their accident record could not be properly verified. 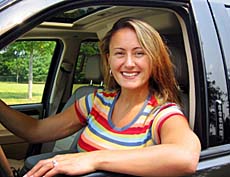 State Farm allegedly violated the California insurance code by charging California drivers an illegal fee for previously uninsured motorists. The California Insurance Code prevents insurance companies from discriminating against new drivers and previously uninsured motorists and consequently charging those people higher insurance rates. Under Insurance Code section 1861.02(c), "the absence of prior automobile insurance coverage, in and of itself, shall not be a criterion for determining eligibility for a Good Driver Discount policy, or generally for automobile rates, premiums or insurability."

Reports are coming in fast and furious to the consumer affairs website with complaints about State Farm's auto insurance policies. One woman in Los Angeles allegedly was denied auto coverage because a member of her family received a ticket after getting into an accident. Another State Farm policy holder in Santa Barbara was told he would have to pay an additional $2,000 every six months due to a few traffic violations.

Meanwhile, The Foundation for Taxpayer and Consumer Rights (FTCR) continues to battle State Farm and other insurance companies against "No Prior Insurance" overcharges.

Interestingly, on March 2nd, 2007 State Farm said it is "rewarding" about 42,000 Solano County auto insurance policy holders a portion of $195 million in the form of a dividend or rebate. This amount should translate to 15 percent, or $63 per vehicle, of their annual premium. Sounds like stealing from one policy holder to pay another.

State Farm has a history of getting into trouble. According to insurance advocate J. D. Howard, (over 40 years in the insurance claims field) State Farm is an insurance company that acts in bad faith, i.e. the company puts its financial interests ahead of its insurers.

On March 12, 2007 the Minnesota Department of Commerce reported that State Farm agreed to pay $775,000 in fines and investigative reports for violating provisions of its no-fault insurance law.

Hill vs State Farm was certified as a class action September, 2002. It was alleged that State Farm violated state reporting laws and violated rights of their policy holders by putting premium refunds due to the policy holders into offshore bank accounts to the tune of $35-50 Billion!

"State Farm got caught and did not deny they were withholding the refunds," says Howard. "Instead, they euphemistically referred to the monies as policy holders' security accounts, and said they were holding them in trust.

With such a good cash flow, it comes as no surprise that State Farm is ranked No. 22 on the Fortune 500 list of largest companies, and insures more cars than any other insurer in North America. State Farm's 17,000 agents and 68,000 employees serve nearly 75 million auto, fire, life and health policies in the United States and Canada, and more than 1.6 million bank accounts. Isn't it time they paid back accident surcharges?