First and foremost, hip and knee replacements have cost many patients their quality of life. And there is the financial cost—time off work, or not being able to return to work at all also affects employers and insurers. Then there are the taxpayers’ costs: expensive revision surgeries for the elderly have been a drain on Medicare. 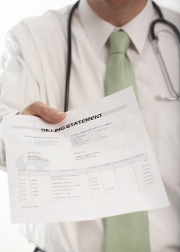 Metal-on-metal hips have been called a widespread failure that will cost the US billions of dollars in the coming years, according to the International Herald Tribune (December 2011). By the end of last year, lawsuits and complaints against metal-on-metal hip and knee manufacturers had surpassed 5,000. As more implants fail, this number is likely to increase exponentially.

Eric had two total knee replacements in July 2011 and revision surgery on his right knee last month. “I just keep having a lot of pain from both knees and I’m scheduled for another revision surgery this October,” he says. “I don’t see the point in getting this second revision because the pain is so bad in my right knee.”

Eric’s surgeon said that he needs a bigger insert, but he didn’t go so far as to tell him that his metal-on-metal knee is defective. “I have been to the ER twice since getting the revision surgery,” Eric adds. “Something popped in my knee and it was painful as hell. I had to call the ambulance –yet another expense. My knee leaned to the left and wouldn’t straighten out until they put me under a ton of medication and manipulated it.

“Before I left the hospital, I told the doctor that they didn’t fix the problem because my knee is still bowing inward. So he put me into some type of leg immobilizer. That just made my knee hurt even more.”

Tony received a hip replacement in October 2010 at the Missouri Orthopedic Institute. “I had to go back just six months later for a second resurfacing surgery,” he says. “I have been back and forth to my surgeon and emergency rooms several times since my first surgery. Just last month my surgeon told me that I will continue to have pain--regardless. I just cannot understand why I even had this second surgery, only to be in constant pain."

More HIP AND KNEE REPLACEMENT News
And lastly, Kevin had a total metal-on-metal knee replacement in 2010. He has undergone four revision surgeries since. “I wasn’t getting any range of motion so I had a manipulation just one month after the surgery,” Kevin explains. “Then my knee replacement loosened so I had a revision surgery in March of 2011. Still suffering a limited range of motion, I had another manipulation.

"My doctor said the original top part of the device was loose and was causing all my problems. He now says he doesn't know why I have all the swelling and basically can't do anything else for me! I got a second opinion. Now I’m told that I need yet another knee replacement. I’m wondering how much my insurer will cover—my medical bills are more than $80,000--Cha-Ching!”

Some insurers are telling patients that they plan to recoup their expenses from any hip and knee lawsuit settlements that patients may receive. Medicare is also expected to try and recover its costs, according to the Tribune.

If you or a loved one have suffered losses in this case, please click the link below and your complaint will be sent to a drugs & medical lawyer who may evaluate your Hip and Knee Replacement claim at no cost or obligation.
Request Legal Help Now