Whistleblowers Integral to the Fight against Medical and Healthcare Fraud

As generous as they are, “sugar daddies” often get taken to the cleaners. For them, money is no object. When someone in a position of influence can invent reasons for a man of means to part with his cash, well, so much the better. It is with this parallel that we illustrate what happens when Medicaid and Medicare (and others), backed by government funding, are allegedly bilked by opportunistic entities out to bill the system for billions of dollars worth of unnecessary procedures. It’s medical fraud by any other name. 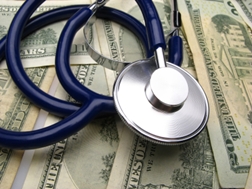 There are countless examples…

A scheme, whereby spinal surgeries and procedures that were not medically necessary were performed with implements not approved by the US Food and Drug Administration (FDA), is one such case. This allegedly involved the implantation of surgical screws and rods into patients that also lacked FDA approval. Along with a vast array of kickbacks, it is alleged that procedures were billed to government and insurance funders at inflated rates (State of California v. Gardens Regional (Tri-City), Pacific Hospital of Long Beach, Michael Drobot, et al, Los Angeles County Superior Court, Case No. BC534466).

Another example of such behavior culminated in the largest settlement under the False Claims Act (FCA) in the history of the state of California, together with the largest single-state FCA settlement ever recorded in the US. In that case, the two largest medical labs in the state were alleged to have routinely billed California’s state “Medi-Cal” program much higher fees than others were charged, in spite of state law requiring the lowest fees billed to Medi-Cal. That case settled for $241 million in 2011 (State of California ex rel. Hunter Laboratories v. Quest Diagnostics Inc., et al. Sacramento County Superior Court).

More HEALTHCARE FRAUD News
The point of all this remains the important role of the whistleblower - often a current or former employee - who has witnessed such unfair and unlawful behavior, and files a Qui Tam lawsuit on behalf of a government entity who may or may not join the lawsuit later. The Whistleblower Act protects a whistleblower from retaliation and honors his or her honesty and right to expose injustice and unlawful practices. In the event of a conviction or settlement, the Qui Tam whistleblower can share in the settlement proceeds in exchange for leading the charge against unjust activity that not only serves as an injustice to taxpayers, but also a reason for insurance carriers to raise their rates needlessly due to inflated payouts.

In spite of previous litigation, there appears to be no hesitancy on the part of some organizations to attempt to line their pockets through unjust means. Any employee or individual who witnesses an injustice is encouraged to seek the advice of a qualified attorney. You could be providing a valuable service, and rewarded for your efforts to boot. Such injustices can take on many forms, including billings for services not performed or complex procedures not medically necessary, or kickbacks, discriminatory billing... the list goes on.

Healthcare and medical fraud is everywhere. That said, the average American may be surprised to know how much capacity he has to stop it…

If you or a loved one have suffered losses in this case, please click the link below and your complaint will be sent to a consumer frauds lawyer who may evaluate your Healthcare Fraud claim at no cost or obligation.
Request Legal Help Now