Send your Healthcare Fraud claim to a lawyer who will review your claim at NO COST or obligation.
GET LEGAL HELP NOW 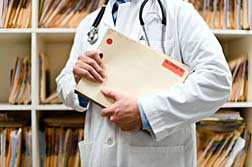 Medicare is a government administered health insurance program for Americans aged 65 or older, or who are disabled. In addition to providing hospital and doctor expenses, it now provides options such as prescription drug coverage. Medicare fraud occurs when a person, company or organization intentionally submits Medicare reimbursement claims without having performed the duties being reimbursed, or having conducted medically unnecessary procedures for the purpose of billing the government.

Upcoding is a form of Medicare fraud that occurs when a healthcare provider uses the wrong code for a procedure to obtain a higher payment for work conducted. This is a violation of the False Claims Act. 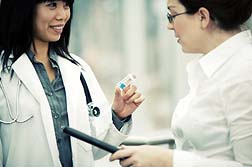 Healthcare fraud costs taxpayers and policyholders billions of dollars. Not only does it affect taxpayers, but healthcare fraud can result in higher insurance premiums. If the government is successful in a lawsuit against the person or company in question, healthcare whistleblowers may be eligible to receive a portion of the money obtained.

Whistleblowers are people who report the wrongdoing of companies, organizations or individuals. Those who file complaints against such wrongdoing are protected by state and/or federal laws and may receive a portion of the lawsuit funds if the government is successful in its case against wrongdoers.

Qui tam is a provision of the False Claims Act, allowing individual whistleblowers to take the place of the government in seeking damages on both his or her and the government's behalf. Individuals filing qui tam actions may be eligible to receive share in the money recovered for the government. Qui tam laws also protect individuals from retaliation for filing such a lawsuit and provide the opportunity for the individual continue the lawsuit even if the government declines to file one.

In 2014, a whistleblower named Chris Riedel reached a settlement in the qui tam case he filed against Quest Diagnostics. The lawsuit accused Quest of providing kickbacks to bring in Medicaid referrals. Details of that settlement were not made public at the time.

If you suspect your employer has engaged in fraudulent activity and wish to speak with a Whistleblower Attorney, please click the link below and your complaint will be sent to a whistleblower lawyer who may evaluate your claim at no cost or obligation.
Please click here for a free evaluation of your Healthcare Fraud claim
Last updated on Feb-18-15

Washington, DC The Department of Justice announced that Kmart Corporation has agreed to pay $32.3 million ($59 million including state law issues) to settle a lawsuit that claims in-store pharmacies overbilled Medicare Part D, Medicaid, and TRICARE. The healthcare fraud scheme, which a Kmart pharmacist stumbled upon only when he had his own prescription filled, allegedly affected drug reimbursements in 46 states. The pharmacist was awarded $9.3 million under the whistleblower qui-tam provisions of the False Claims Act (FCA).READ MORE
Healthcare Whistle Blower Awarded $351,000

Tampa, FL: It did not take long for Kathleen Siwicki to notice something was very wrong in the Florida cardiologist’s office where she was working. Siwicki, an experienced Certified Cardiovascular Technologist, immediately began to see the services the doctor was providing did not match the billing statements he was submitting for payment. In November 2014, after just six months working for Dr. Arthur Portnow she quit her job and shortly after filed an action under the False Claims Act.READ MORE
Untold Story of Opioid Epidemic: Attorney Explains Kickbacks and Billing Fraud

Washington, DC It’s not the users. It’s the doctors. In a November 22 interview with lawyersandsettlements.com, attorney Jason Brown told a strange two-track story where healthcare whistleblower lawsuits meet the opioid epidemic. It’s not pretty. He believes that 2018-2019 will bring a proliferation of whistleblower lawsuits that target the real villains – the doctors and the healthcare system within which they operate.READ MORE

Posted by
Washington
on February 22, 2015
My wife was a psychiatrist with the Army. She is board certified in neurology and psychiatry. She complained about psychologists doing neurological boards. She was retaliated against, transferred and fired for the symptoms of her service-connected disability. The Army alleged misconduct and now she has to pay back unemployment. The Army has come under fire for alleging misconduct to get out of paying benefits and retaliation against civilian health care workers. See New York Times article and Colorado Springs Gazette stories. We are trying to appeal it. You can't fight city hall or the Army.