The Department of Justice recently announced it reached a settlement with Adventist Health System to settle allegations of healthcare fraud linked to improper compensation agreements with referring physicians. 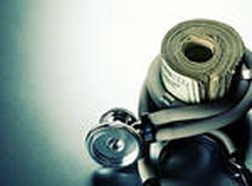 Under the False Claims Act, private individuals can file qui tam lawsuits against organizations that have defrauded the government. The Department of Justice’s settlement results from two lawsuits that were initially filed by four separate whistleblowers at Adventist. Although whistleblowers share in any recovery from successful lawsuits, it has not yet been determined how much the four whistleblowers will receive.

“This type of financial incentive is not only prohibited by law, but can undermine patients’ medical care,” said Acting U.S. Attorney Jill Westmoreland Rose, of the Western District of North Carolina. “Would-be violators should take notice that my office will use the False Claims Act to prevent and pursue health care providers that threaten the integrity of our healthcare system and waste taxpayer dollars.”

More HEALTHCARE FRAUD News
Court documents filed in relation to the case allege excess payments included paying one doctor $300,000 per year for three days of work per month, offering another doctor a $50,000 per-year raise and an annual bonus of $50,000, lease of a BMW and a Mustang for a surgeon, and paying for the staff of a doctor who ran an independent practice outside of the hospital.

“Companies that financially reward physicians in exchange for patient referrals - as the government contended in this case - undermine the physicians’ impartial medical judgment at the expense of patients and taxpayers,” said Special Agent in Charge Derrick L. Jackson of the U.S. Department of Health and Human Services Office of Inspector General in Atlanta.

Adventist Health System is a non-profit organization with healthcare facilities in 10 states. In agreeing to the settlement, Adventist did not admit liability. According to the Dispatch-Times (9/24/15), Adventist will also pay an additional $3.7 million to Florida, Texas, North Carolina and Tennessee.

Posted by
paula critzas
on November 1, 2015
I had a Danity theft fraud Blue Cross came into my house tried to talk me into signing over with another company and I'm losing half of my money I should be getting more in with my Medi-Cal Medicare I've been on it for 17 years 18 years this is getting ridiculous being harassed here and my apartment and buy some celebrities it's getting really bad
Posted by
mario
on November 1, 2015
You scumbags,like topclassactionsuits,are nothing but shams,you f#cks are the reason for high cost healthcare,it should be open season on lawers,the only good lawer,is a dead one.