When the Affordable Care Act was upheld by the US Supreme Court earlier this summer, provisions that enhance the government’s capacity to recover overpayments also includes enhanced rights and freedoms for whistleblowers to bring healthcare fraud lawsuits. In the first healthcare fraud whistleblower lawsuit of its kind under the Affordable Care Act, a provider of home nursing services to medically fragile children has agreed to a settlement worth $6.88 million. 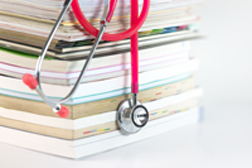 As part of the settlement, two whistleblowers will share $1.1 million.

As reported by The Atlanta Journal-Constitution (8/4/15), whistleblower Sheila McCray, an employee of PSA Healthcare, discovered that her employer was sitting on millions of dollars in government overpayments from Medicare and Medicaid. According to the recently unsealed healthcare fraud whistleblower lawsuit, McCray, a billing specialist, duly noted her findings to her employer.

In response, according to court documents, McCray alleges she was told by upper management to sit on her observations in order to see whether or not the feds would catch the overpayments.

As reported in The Atlanta Journal-Constitution, McCray was subsequently demoted, endured intimidation by management (or so it was alleged), endured a cut to her hourly pay rate and was ultimately terminated from her position.

McCray then joined with another former employee of PSA Heath, Yvette Odumosu, in bringing a healthcare fraud whistleblower lawsuit against PSA alleging failure to disclose and return overpayments, submission of claims under the Georgia Pediatric Program without proper documentation, and submission of claims to federal healthcare programs that overstated the length of time that PSA staff provided services.

More HEALTHCARE FRAUD News
Earlier this month PSA Healthcare agreed to a settlement totaling $6.88 million. A figure in excess of $1.4 million will be directed to the Georgia Department of Community Health. It was reported that 16 other states and the federal government will share in the settlement after McCray and Odumosu, at one time the director of clinical nursing at PSA, are paid their share of the healthcare fraud whistleblower lawsuit settlement.

The defendant has more than 6,000 employees in 17 states. PSA noted in a statement appearing in The Atlanta Journal-Constitution the resolution of an issue “that arose in part from our own self-disclosure,” the company said. This included “an internally identified billing error stemming from a software upgrade in 2008 that resulted in .08 percent of charges being billed incorrectly.”

For much of the alleged healthcare fraud, Portfolio Logic was owned by PSA Healthcare. In March PSA Healthcare, based in Norcross, Georgia, was purchased by J.A. Whitney Capital Partners, a private equity firm.
READ ABOUT HEALTHCARE FRAUD LAWSUITS