In May 2015, Cynthia Ziegler from Brookhaven, Georgia received a devastating diagnosis from her doctor. Ziegler had stage IV lung cancer and there was no reason for optimism. Until that day Ziegler had no idea there was a dangerous cancer lurking in her chest. 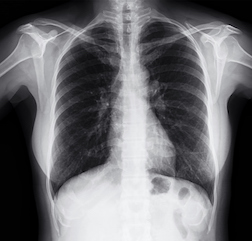 Two years earlier, in December 2016, Ziegler had surgery to repair an abnormal aortic aneurysm. On December 16, 2016 in preparation for the operation she had a series of chest X-rays at St. Joseph’s Hospital in Atlanta ordered by her doctor.

The radiologist spotted a small 7 mm nodule in her left lung that gave him cause for concern.

According to the statement of claim filed in the State Court of Dekalb County State of Georgia the radiologist recommended Ziegler’s doctor order a CT scan “for further clarification”. Rather than simply passing on the X-ray to Ziegler’s doctor’s office Ziegler’s office was actually called by telephone and told of the findings.

Two days later, a second doctor reviewed the x-rays showing the nodule according to the documents.

Neither doctor followed up with a CT scan nor was Ziegler told about the nodule according to the statement of claim.

“Then two years later she is diagnosed with metastatic lung cancer that has gone into her liver, her spleen and several places in her bones,” says Johnson. “She is on an experimental treatment regimen treatment that has been keeping her alive, but right now it is not working.”

Jonathan Johnson, the attorney that now represents Ziegler in a delayed diagnosis medical malpractice lawsuit says the doctors should have followed up.

“There is a note (filed with the documents) from one nurse saying she made a phone call over to the doctor’s office to call their attention to the X-ray,” says Johnson from Jonathan W. Johnson, Attorneys at Law in Atlanta, “She did not just send it over, she called to draw their attention to that x-ray. She called to emphasise that it needed to be done.”

Cynthia Ziegler’s cancer is considered terminal and she has been offered palliative care says Johnson.

More GEORGIA MEDICAL MALPRACTICE News
The lawsuit names as defendants Ziegler’s doctor, the second doctor who reviewed the x-rays, as well as St. Joseph’s Hospital of Atlanta, Emory Healthcare and The Emory Clinic.

According to the statement of claim “as a direct and proximate result of the negligence of all of the above-named defendants Cynthia Ziegler’s lung cancer progressed to untreated and unchecked stage IV lung cancer causing a delay in treatment that has greatly reduced her life expectancy.”

Posted by
bobbykniss
on December 31, 2017
i have lungcancer and can prove i got shafted .

Click to learn more about LawyersandSettlements.com
LawyersandSettlements.com - A trusted, independent legal news provider bringing quality news and information on legal cases and lawsuits filed in the United States of America to its readers since 2002. Over 650,000 legal help requests including Malpractice Cases, Drugs & Medical Cases, and Personal Injury Cases have been forwarded to lawyers all across to the country.