FDA Issues New Information on Fosamax and other Bisphosphonates

Despite having won the majority of Fosamax lawsuits that have so far made their way to trial, the maker of Fosamax might be concerned about a recent FDA analysis concerning Fosamax side effects and the side effects of other drugs in the bisphosphonate class. In fact, the analysis, brought about by concerns about links between Fosamax and femur fractures and other side effects, suggested that long-term use of bisphosphonates may not be beneficial. 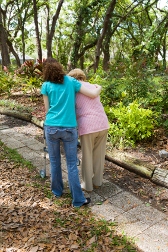 The Food and Drug Administration (FDA) review was published in The New England Journal of Medicine (5/9/12) and was prompted by a lack of consensus as to how long women should use bisphosphonate medications. Bisphosphonates are used to prevent osteoporosis, but have been linked in some studies to an increased risk of atypical femur fractures and osteonecrosis of the jaw.

The analysis, which was reported on by The New York Times (5/9/12), found little benefit to using the drugs for longer than three to five years. Although there is some benefit from using the drugs for the short term, that benefit disappears after three to five years, depending on the individual. Because there are serious risks to having osteoporosis, women at risk of those serious complications, such as spinal fractures, may receive greater benefit from using bisphosphonates for longer periods.

Although the FDA issued its analysis, it did not offer many recommendations for prescribing or using bisphosphonate medications. The agency noted that women who have a low risk of osteoporosis complications could be good candidates to discontinue the medication after three to five years.

More FOSAMAX News
The FDA's analysis may affect how doctors prescribe bisphosphonates. Some women who are given the medications actually have a condition called osteopenia, which involves moderate to low bone density but the bone density is not low enough to be considered osteoporosis. Because their bone density levels are not overly low, women with osteopenia may derive less benefit from taking bisphosphonates.

Researchers did note that the incidence of serious side effects was relatively rare, but women should be aware that there may not be any further benefit to taking the drug for longer than three to five years.

Lawsuits have been filed against Merck, maker of Fosamax, alleging its drug is linked to an increased risk of osteonecrosis of the jaw. Merck has so far won five of six Fosamax bellwether lawsuits to make their way to court.