A district court jury concluded June 20 that Target Corporation was in the wrong to the tune of almost $1 million after it demoted a National Guardsman returning to work after active service.

James Patton was working in Target's distribution center in Albany when he joined the Oregon National Guard in late 2001. In 2003, he was called up for two weeks of active service. On his return to work, he learned that Target had demoted him. 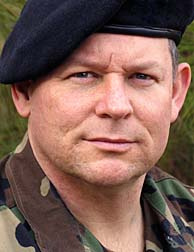 Patton emailed his co-workers to tell them what had happened. After he asked for help from the National Guard employee support office, military officials tried to persuade Target to reinstate him to his original position. Their appeal was unsuccessful.

Approximately one month after Patton's return to work, his supervisor told him that his action in emailing his colleagues was unprofessional and disruptive, and fired him.

Patton then sued Target under the federal Soldiers' and Sailors' Relief Act, which prohibits employers from discriminating against military personnel. He also sued Target for damages for wrongful dismissal under Oregon law.

Target claimed that its demotion of Patton had nothing to do with his military service, but instead was because of unprofessional and disruptive behavior.

The jury decided that in fact, Target had retaliated against Patton for getting the National Guard involved. It gave Patton a verdict of $900,000 in punitive damages (60% of which automatically goes into Oregon's crime victim assistance fund), and $84,970 in compensatory damages.

More News
The Patton vs. Target case signals that this federal law will be enforced, even though the employer may deny (as the employer almost certainly will) the connection between the worker's demotion or firing, and his or her military service.

More than 2 million U.S. citizens are currently serving their country in active duty in the military or as reservists. That's 2 million people who deserve protection. Their military service should not leave them in a worsened position with their employers, even if their employers have been inconvenienced.

The law is clear: employers may not penalize or discriminate against military servicemen and servicewomen.

If you think you did not get a fair deal when you went back to work after active service or while serving in a reserve, you should consider consulting a lawyer about enforcement of your rights.