Linda Beecham was pressured into buying a Capital One credit card several years ago. She paid off the amount owed but they are still charging her over $1,000 in interest - on a $200 balance.

Capital One credit cards certainly fits the bill when it comes to the definition of "usurious":

Adj: greatly exceeding bounds of reason or moderation; the practice of lending money and charging the borrower interest, especially at an exorbitant or illegally high rate.

"Over several years, Capital One constantly hassled me for payment and they are all interest charges - over $1,000," says Linda Beecham. "Originally they pressured me into buying their credit card and it had a $200 credit limit that I paid off years ago. Now they want me to pay these exorbitant interest charges!" 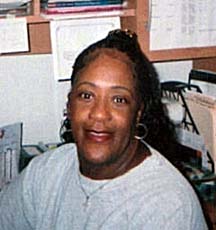 LAS: How is that possible?
Linda Beecham: Because they get you on a time payment - where you pay the minimum amount each month and the interest rates are extremely high. For example, when I received a monthly bill from Capital One (before I paid off the $200) I made a minimum payment of $20 and the interest charged would be $5. I would send a check for $25. I paid off most of the $200 but a small amount, no more than $50, was left unpaid. I paid this off eventually. Now they are holding me in limbo for this huge amount of money -- and I cut the card up years ago.

LAS: Did you ever explain your situation to anyone at Capital One?
LB: I phoned them on several occasions. They told me that I still had payments. I told them I didn't need the card anymore and hadn't used it since my girls were kids - they are now 21 and 22 years old!

LAS: How has Capital One harassed you?
LB: Through the years they have harassed me by phone calls and saying that they will take legal action. But they haven't. They phoned and basically said 'This call is monitored for collection purposes,' and they would begin to ask questions about when I was going to take care of the balance.

LAS: Your reply?
LB: I told them the charges were not mine and they were interest charges on something I already paid for. The last time I got a call about this charge was from another collection agency, just a week ago. They don't send statements anymore but of course it comes up on my credit report. Capital One has gone through so many collection agencies - they don't utilize the same agency. I held onto these statements from the various collection agencies for a while but I smartened up and got a shredder - enough said. I will wait out the seven years because why should I pay for not even using the card?

I think Capital One utilizes old tactics of usury - they are taking advantage of people."

Posted by
Debra Sapp
on April 6, 2011
I have fought capital one for over charges on my credit card for interests rates to no avail and am currently being sued by them the 26th of this month by a credit collector and would certainly like to see them in court.My records of course would have to be looked at but I am certain the interest rates have been mis calculated and I believe there was one or two times they took money out of my checking acct without permission and returned it after a complaint.