Financial Elder Abuse Not What the Doctor Ordered

The challenges surrounding Financial Elder Abuse are magnified by an increasingly aging population, together with heightened dependence on others for care and a reduced cognitive capacity. The latter provides a conduit for unsavory activity by family members and caregivers who see an opening and take advantage of an elderly individual. 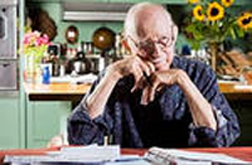 An example of elder abuse financial exploitation was recently seen in California, after a caregiver was arrested on suspicion of stealing more than $20,000 from an elderly client to whom the accused was providing in-home care.

As chronicled in the Santa Cruz Sentinel (11/6/13), the potential for elderly financial abuse was first noticed by the elderly man’s wife, who noted money had been withdrawn from her husband’s trust account over a period of several months. Given that her husband is ill, in-home care was arranged for the man.

That’s when money started to go missing, according to the report. An investigation ensued, which included the procurement of a search warrant for the in-home caregiver’s residence. The search turned up two of the elderly man’s credit cards at the apartment belonging to the 42-year-old caregiver.

Just how the accused allegedly gained access to the trust account was not reported. Be that as it may, the financial elderly abuse case culminated with the arrest of Crystal Laverne Gilbert, who faces charges of elder financial abuse, grand theft and embezzlement. Gilbert, at the time of the report, remained in jail while attempting to raise $50,000 in bail.

More FINANCIAL ELDER ABUSE News
Examples of financial exploitation of the elderly range from sales of financial products, which are completely inappropriate for the age of the investor, to thefts by caregivers who cultivate a level of trust with the elderly client, then use that trust to take financial advantage.

Scams are also a popular method of hoodwinking elderly individuals, either over the phone or in person on the front stoop.

The worst examples of elder financial abuse are those carried out by family members who often compete with one another for the loyalties of an increasingly frail individual to control cash, stocks, bonds, real estate or other assets.

While a financial elder abuse attorney is often brought in to undo the damage performed by a vast array of scam artists, it is the elder abuse cases involving financial exploitation by an elderly person’s own family that proves the most compelling, and the saddest.

Click to learn more about LawyersandSettlements.com
LawyersandSettlements.com - A trusted, independent legal news provider bringing quality news and information on all legal cases and lawsuits filed in United States of America to its readers since 2002. Over 250,000 legal help requests including Financial Cases, and Elder Care Cases have been forwarded to lawyers all across to the country.