Linda F suspected for a while that her father was a victim of financial elder abuse. Unfortunately, she couldn't get her father to see what was going on. Like so many parents who are victims of financial abuse at the hands of a child, Linda's father did not want to believe his daughter, Linda's sister, could treat him so poorly. But she did, and now he is not even allowed in his own home. 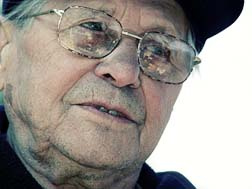 Linda says her sister and her sister's daughter have lived with Linda's father for approximately 20 years. She says her sister was very abusive to their mother before their mother died. However, following their mother's death, Linda's sister swore that she would change her behavior and would not treat their father the same way.

"My father is 82 and has early stages of Parkinson's and mild dementia," Linda says. "He is on medications, which keeps them under control. He was okay for a while. My sister has done drugs and alcohol, has had accidents and DUIs and has trouble keeping a job.

"A couple of years ago, my father was in the hospital because of falling down. He was suffering from malnutrition and dehydration. My sister made excuses about it and would not tell us about the medical stuff. One of the times he was in hospital, my sister physically threw me out of my dad's house. She was intoxicated and I told her it was his house. She had his locks changed and wouldn't let us over. Father was afraid of her. I reported it as elder abuse.

"She stole $5,000 from him when he gave her permission to access his account so she could pick up his medications. She took away his driving privileges. So, we went to the bank to change the codes on his account and she was furious. Then, she was nice to him and so he said she apologized. When officials looked into it, he told them he lent her the money. I looked like the bad guy and he refused to talk to me for 3 years."

Eventually, Linda and her father reconciled and decided to take steps to change his will. Linda says that when she went to pick her father up to meet with a social advocate, her father had changed. He had the shakes, he stared off into space and seemed very mixed up. Linda says that there are a full 2 weeks that her father does not remember. He went from being completely fine one day to being unable to walk, unable to speak and unable to remember what had happened.

Nurses came to evaluate Linda's father and determined that he needed 24-hour care. Linda's sister said she didn't have time for that, so he was sent to a nursing home to live.

"He didn't know he was going to a nursing home—we didn't know it either," Linda says. "I went over to the house one day and went in through an unlocked backdoor. It was like everyone had left. I found a piece of paper—it was my sister's to do list. The list said, 'Take one [of the siblings] off the will, change the deed to the house to my name, get bank accounts in my name, then have Dad declared incompetent.' I took the list because I didn't think Dad would believe me if I didn't.

"In the nursing home, he's coherent, he doesn't fall down, he walks, he dances and plays bingo, he even does his own laundry. He's back to his old self. But, we've found out that his bank account is down to nothing. My sister is living in his home, paying for utilities out of Dad's account and not working. She even froze his account. Dad was in the bank crying because they won't let him take his money out. She won't give him money for haircuts, living expenses or medications. She controls everything.

More FINANCIAL ELDER ABUSE News
"Dad has permission to leave the nursing home with us. He wants to go back to his house to get his papers, but she said she would have him arrested if he comes to the home. He called me last night crying because of it.

"This is just devastating. It [financial elder abuse] is out there, but it's hushed. It's despicable that a child could do this to a parent. She can't get her act together, so she abuses him. He wants to be home. He doesn't want to live like this. He told me once that he is supposed to get a blue pill in the morning. But my sister sometimes gave him 1 in the morning, sometimes 2 in the morning, sometimes 1 in the afternoon, sometimes she didn't give him any pill. She messed with his medication.

"If you feel in your gut that something like this is happening, take care of it at the beginning. Don't let it get out there. That is your parent—you have to take care of it."