More FAMILY LAW News
A Columbus-area police officer was arrested this week on allegations of domestic abuse stemming from an incident at his ex-wife's home in nearby Delaware County. 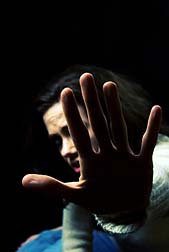 Officer Richard Evans, a 17-year veteran of the police force, is facing charges of aggravated menacing, menacing by stalking, domestic violence and two counts of violating a protection order.

Details of the arresting incident are scarce, but reports suggest that Evans approached his ex-wife's home early Monday morning, violating a protection order placed against him, and made several threats to her health and wellbeing.

Pending the results of the investigation, Officer Evans has been removed from duty and has been barred from carrying a gun, according to Sergeant Jim Hilbert of the Fraternal Order of Police (FOP).

The FOP will represent Evans in the administrative cases put before him, through the offending officer will be responsible for his own legal representation in the pending criminal cases.

If you or a loved one have suffered losses in this case, please click the link below and your complaint will be sent to a family law lawyer who may evaluate your Family Law claim at no cost or obligation.
Request Legal Help Now