Was it a “Bait-and-Switch” Scheme to Get Airline Workers to Retire Early?

Cast your mind back to 2020. We were staying at home, fully masked, wearing blue gloves, bleaching our kitchen counters and very worried about people living in congregate settings, like nursing homes. Needless to say, we weren’t flying anywhere. United Airlines, like all other airlines, had a powerful incentive to reduce overhead, including employee costs. Such is the background for this ERISA lawsuit. 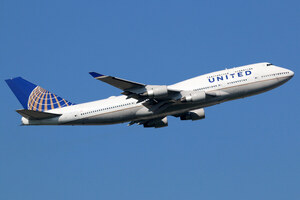 Hoffman was consolidated with several similar lawsuits. In July, United filed a motion to dismiss the consolidated lawsuit, claiming that the retirees were not eligible to participate in the improved benefit plan. It’s still early days for this lawsuit.

Early Out and the “Message from Oscar”


In 2017, United instituted an Early Out Retiree Policy (“Early Out policy”) providing that if an Early Out Program was rolled out within 36 months of an employee’s retirement – and that employee met all the participation criteria – the employee would be eligible for any additional benefits offered by the subsequent Early Out Policy.

The company offered a variety of incentives to encourage workers to take voluntary early retirement and unpaid leaves without the option of returning to work. In a nutshell, the message was, “Please go away.”

In early 2020, the company offered a modified version of the 2017 Early Out policy, with the following message from Oscar Munoz, CEO of United.

The relevant part of the “Message from Oscar” reassures workers:

“Many of you have told me that you are holding off on retirement, waiting to see if the company offers another early out. I want to be upfront and transparent with you about our future plans, so you can make the best plans for yourself and your family. So, to give you greater confidence when you do make the decision to retire, I’ve asked to add a new clause to our retirement policy. If something dramatic happens in the industry and we decide to offer an early out within 36 months after you retire, you would be eligible for the financial benefits of the program even after retiring.”


United asserts, perhaps disingenuously, that neither the Early Out policy nor the VSL Plans are covered by ERISA. Instead, it characterizes these plans as “leaves of absence,” which pay cash benefits in exchange for the individual’s promise not to return to work. The difference between a permanent leave of absence policy that pays benefits and a severance plan that would be covered by ERISA is not immediately obvious.

More ERISA VIOLATION News
Retirees can find themselves in a precarious position when it comes to enforcing health care promises made to them in order to encourage them to take early retirement. Hoffman, however, is not like Vollmer v. Xerox Corp., a recent ERISA lawsuit in which the employer unilaterally reduced health care coverage for retirees. She and similarly situated workers remained eligible for benefits under the Early Out Policy because they took retirement before January 2021.

In Hoffman, United appears to have gone back on its promise to offer an upgrade if a better plan became available. The schmoozy “Message from Oscar” could prove troublesome for the airline.