On January 13, the U.S. Supreme Court will hear oral arguments in Thole v. U.S. Bank, NA, an ERISA lawsuit (ERISA) that has major implications for the rights of participants and beneficiaries to sue plan sponsors under the basic legal framework of ERISA. The defendant plan sponsor will argue that the plaintiff retirees have no standing to sue over alleged breaches of fiduciary duty because they have not suffered any individual financial loss. The defendant plan sponsor will ask the Court to affirm an Eighth Circuit decision that limits participants’ rights to oversee investment management decisions. 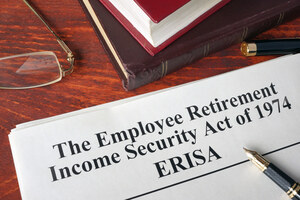 Although defined benefit pension plans like the U.S. Bank Pension Plan are now rare, the expansion of the rationale for limiting retirement plan participants’ right to sue for fiduciary breach is concerning. The theory of the plan sponsor’s position is similar to the defensive reasoning used by 401k plan sponsors who face lawsuits over financial self-dealing and other forms of investment mismanagement.

James Thole and Sherry Smith were participants in the defined benefit plan maintained by U.S. Bank. Disregarding the warnings of the plan’s investment consultants, the plan administrator invested all of the plan’s assets in high-risk stocks, including the bank’s own proprietary mutual funds. These investments were more expensive than similar alternatives and violated basic ERISA fiduciary principles of prudence and loyalty. When equity markets crashed in 2008, the plan lost $1.1 billion dollars. Virtually overnight, the plan went from significantly overfunded to 84 percent underfunded.

Thole and Smith filed a lawsuit, seeking to: After the lawsuit was filed, the bank contributed $339 million to the plan, bringing it back to overfunded status.

In light of the new funding, the District Court dismissed the lawsuit, a decision that the Eighth Circuit affirmed. The Eighth Circuit split, however, on the question of petitioners’ standing to seek injunctive relief that would affect future management decisions. The majority held that they lacked standing to sue because they had not suffered individual monetary harm.  Thole and Smith argue that the harm suffered was not the loss of money, but the mismanagement of investments.


Defined benefit plans are different from 401k plans as dolphins are different from tuna fish – which is to say, profoundly. The strangest thing may be that they both swim in the same sea. It is on this last point that the argument in Thole hinges. The question is whether the existence of that undivided interest in the pension trust is enough to give participants who have never missed a pension check the right to oversee investment management decisions in the future. The briefs on both sides of the argument get deep into the theoretical weeds of trust law. Perhaps the most important thing to understand about this body of law is the rigorous fiduciary obligation it imposes on plan managers to hold and invest plan assets for the benefit of plan participants. Without that special layer of obligation, a pension plan is no more than a brokerage account.

Another angle on the dispute may be to see how it relates to recent lawsuits concerning 401k investment management.

More ERISA VIOLATION News
The allegations leveled in Thole are remarkably similar to those of several recent 401k lawsuits against financial institutions like Citigroup and Franklin Templeton that deal with investment in underperforming proprietary funds and the ensuring breaches of fiduciary duty.

Because of the structural differences between defined benefit plans and 401k plans, the legal holdings in one set of lawsuits do apply directly to the other. Nonetheless, a Supreme Court decision that weakens the trust law-based fiduciary protections afforded one set of participants should be concerning to all.
READ ABOUT ERISA VIOLATION LAWSUITS