Retirement plan participants who are concerned that plan administrators and service providers may be running the plan for their own benefit can extract three important lessons from Haley v. Teachers Ins. & Annuity Assoc. of America. First, the possibility that plan fiduciaries and record keepers may be engaged in self-dealing is a very hot topic. These ERISA lawsuits may involve thousands of retirement plans and exponentially more retirement savers. That many plaintiffs can spell huge liability for those who manage a plan. Second, the success of these lawsuits depends on being granted class action status; and finally, the issue of who is a fiduciary and why it matters is often central when it comes to allegations of self-dealing. 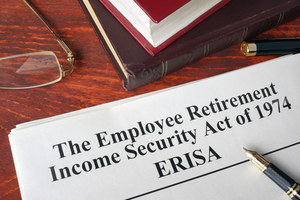 MELISSA HALEY CLAIMS THAT HER LOANS WERE MISMANAGED
Melissa Haley was a cancer research administrator at Washington University and participated in the Washington University Retirement Savings Plan, a form of retirement plan that is similar to a 401k plan, but reserved for universities and other non-profit institutions. The plan was administered, in part, by TIAA.

Ms. Haley took four loans from her plan account at various times. Two had been repaid at the time the lawsuit was filed and two were still in pay status. All repayments included an interest component.

TIAA made money on the loan. Ms. Haley claims that under ERISA, all of the interest should have been credited to her account. Further, she alleges that this form of mismanagement affects all of the plans for which TIAA administers loan programs.

TIAA, it should be noted, is a fiduciary and service provider for many college and university retirement plans. Originally founded as a non-profit organization, it reorganized itself as a profit-making finance firm in 1997 after Congress revoked its non-profit status. It has recently been implicated in other ERISA self-dealing lawsuits.


On March 2 TIAA asked the Second Circuit Court of Appeals to deny the plaintiff’s effort to qualify the lawsuit as a class action. In general, a lawsuit may qualify for class action treatment only if it meets four requirements: TIAA claims that Ms. Haley has failed to show that members of the proposed class fail to meet the requirement of commonality and, at least inferentially the requirement of typicality, as well.

This is TIAA’s third major effort to have the retirement plan lawsuit dismissed or severely limited. The consequences of losing a court fight that could involve thousands of retirement plans and potentially hundreds of thousands of individuals could be financially devastating for TIAA.

In addition, retirement savers whose individual losses may be relatively small rely on class action status in order to pursue a remedy. Otherwise the cost of litigation may simply outweigh the potential for financial recovery.


WHO IS A FIDUCIARY AND WHY DOES IT MATTER?


The ERISA rules for fiduciaries are simply different than the rules for others who provide goods and services to retirement plans. ERISA fiduciaries must run the plan solely in the interest of participants and beneficiaries and for the exclusive purpose of providing benefits and paying plan expenses. In addition, they may not engage in transactions on behalf of the plan that benefit parties related to the plan, such as other fiduciaries, services providers or the plan sponsor.

Many vendors are not fiduciaries and do not have similar duties. The company that sells copier paper to the plan office, for example, has no obligation to plan participants and beneficiaries and can sell paper at any price the market will bear.

More ERISA VIOLATION News
Large plans, like the Washington University Retirement Savings Plan delegate many of their responsibilities to financial and investment managers and to service providers, including record keepers. Some have obligations under the fiduciary rules and others do not; sometimes the same entity may be bound by different rules depending on the function it is performing. Some non-fiduciaries are bound by fiduciary obligations. Some service providers are bound by the fiduciary rules only when they work for ERISA plans, but not when they work for other clients.

The central question of Haley is which set of rules covered TIAA when it performed the functions associated with loan administration. If the case survives the class action challenge and does not settle, retirement savers may have answer.