Rollins v. Dignity Health, a nearly nine-year old ERISA lawsuit that has been moving through the federal court system since 2013, may be one step closer to settling. The Northern District of California has preliminarily approved a deal with the addition of an additional sub-class of plaintiffs. The same court rejected proposed settlement agreements twice before on a variety of grounds. This is further toward resolution than the parties have gotten before. 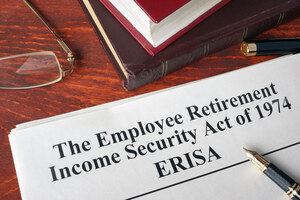 The creation of a separate immediate remedy for a subclass of plaintiffs who terminated employment between April 1, 2013 and March 27, 2019, with at least three but less than five years of vesting service may be the last hurdle. Participants in the settlement now have until January 28 to comment on or object to the proposal. The final approval hearing is scheduled for March 3, 2022.


The revised settlement reportedly includes bigger payouts to about 3,200 former employees who will not benefit from additional future plan contributions and have an incentive to seek “generous immediate payments,” Judge Jon S. Tigar of the U.S. District Court for the Northern District of California remarked. Overall, the settlement is expected to benefit more than 91,000 people. It requires the hospital to put at least $50 million in its pension plan for 2020 and again in 2021. Required contributions in the following three years will be based on recommendations from the plan’s actuaries and could result in total contributions of about $747 million.


To summarize years of litigation history, Rollins was first filed in April 2013 by plaintiffs seeking more than $2 billion in missed pension contributions and other damages. The class action lawsuit challenged interpretations made by the IRS and Department of Labor that allowed the hospitals in the Dignity Health network, which have varying degrees of church associations, to be exempt from ERISA’s funding requirements.

The funding requirements of Section 302 of ERISA apply only to defined benefit plans. These plans, unlike 401k plans, generally require employer contributions sufficient to pay an annuity for life beginning at normal retirement age. This is a vanishingly rare scheme for providing retirement benefits. The exemption from these requirements for church retirement plans is based on an interpretation of the Free Exercise Clause of the First Amendment to the Constitution.

By December 2013, the Northern District of California had ruled that Dignity Health did not qualify for a church plan exemption from ERISA because only a church can sponsor and maintain a church plan. In July 2016, the Ninth Circuit affirmed that decision.

In August 2016, Dignity Health asked the U.S. Supreme Court to review the Ninth Circuit's decision, and the case was consolidated with two similar church plan challenges. In 2017, the U.S. Supreme Court ruled that pension plans did not have to be established by a church to be exempt from ERISA, provided they are controlled by or associated with one. Plaintiffs then filed an amended class-action complaint in the Ninth Circuit. Settlement negotiations began shortly thereafter.


In October 2019, the Northern District refused to sign off on a deal that would have required Dignity Health to pay over $100 million to resolve the lawsuit because of a clause that would have required the hospital system to pay up to $6.15 million in plaintiffs' attorney fees. If the court awarded less than that, the defendants would be able to keep the difference.

More ERISA VIOLATION News
In addition, the Court worried about the inadequacy of payments to be received by a group of workers who left Dignity Health between April 1, 2013, and March 27, 2019, with between three and five years of "vesting service." In addition, Judge Tigar noted that the proposed deal's $10,000 incentive award for each of the two named plaintiffs was double what was "presumptively reasonable."

In June 2020, the Court again refused to approve a new deal, noting that the same subgroup of long-gone workers would have only gotten a one-time payment of between about $113 and $226 each. That subgroup would not be entitled to any future plan benefits, and the subgroup's members would get "just 3 to 9.5 percent of the value of their claims.”

Is the third time the charm? Litigants likely hope so, at this point.