Peter Salovey, the president of Yale University, must submit to a deposition in a long-running class action ERISA lawsuit. Vellali v. Yale University claims that the university, as a fiduciary of the Yale University Retirement Account Plan (the “Plan”), mismanaged Plan assets and investment options in a way that harmed workers trying to save for retirement. It occurs in the context of several similar university ERISA lawsuits. The results of these have been very mixed – some wins, some losses for plan participants, with no clear trend developing. Yale University also has a long history of labor troubles. 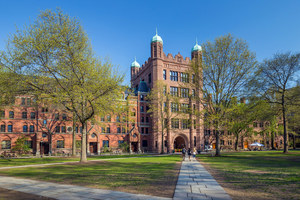 Why not depose President Salovey?


Depositions are sworn testimony taken of a witness or a party as part of pre-trial discovery. They can provide valuable evidence and may help focus the issues for trial or the parameters of settlement negotiations. On the other hand, they are generally very unpleasant for the person being deposed and a big pain to prepare for. They can also be used as a form of legal harassment.

Very Important People, like the presidents of universities, sometimes try to avoid being deposed, citing expense and the pressing nature of other duties. To succeed in a motion for a protective order they must convince a judge that they have no special knowledge of the issue that could not be discovered by deposing someone else with less important things to do. Peter Salovey’s lawyers failed to do that, so the deposition will go forward, albeit subject to certain time limits. It seems an odd legal failure, but it’s also a side-skirmish. In the grand scheme of things, two (or maybe three) issues loom large.


Plan fiduciaries typically contract with third-party vendors for recordkeeping services. Recordkeeping is one of the key responsibilities of maintaining a plan, and the choice of a record keeper is important because excessive recordkeeping fees can erode an employee's retirement savings by tens or hundreds of thousands of dollars.

Yale entered into a bundled services contract with TIAA–CREF that required it to use TIAA-CREF’s recordkeeping services in order to offer certain investment products. Over time, the employees claim, this arrangement hurt Plan participants and beneficiaries because Yale failed to monitor high recordkeeping costs.

A flat fee arrangement, by contrast, might have been better for participants and beneficiaries because it would have tied costs directly to the actual services provided and would not have increased because of things that had nothing to do with the services provided, such as an increase in plan assets or greater plan contributions by employees.

The plaintiffs also allege that Yale failed to take advantage of the size of the Plan when negotiating recordkeeping fees. They claim that using both TIAA-CREF and Vanguard for recordkeeping led to duplicative reporting for at least some Plan participants.


The bundled nature of the services contracts also allegedly caused Yale to fail to monitor the investments included in the package. According to the Complaint, 57 out of the 99 investment options with at least a five-year track record "underperformed their respective benchmarks over the previous five-year period.”

More ERISA VIOLATION News
Yale workers now join participants in more than a dozen prominent college retirement plans who have brought class action lawsuits in an effort to protect their retirement savings from mismanagement and self-dealing. Similar challenges have proceeded against Cornell, Columbia, Duke, Emory, New York University, Johns Hopkins University, Princeton, Vanderbilt and the University of Chicago. The University of Pennsylvania has prevailed in response to a similar lawsuit.

Yale University also has a long history of labor/management disputes extending back to the 1970s when workers went on strike over raises, better pension benefits, job security and an end to subcontracting with nonunion labor. The ivory tower is still no safe space for those not among the fortunate ones. Forty and more years later, the town/gown distinction still screams for recognition.

Until a clear trend emerges that will guide settlement negotiations, these lawsuits are perhaps the best way for retirement plan savers at colleges and universities to seek redress and to limit the mismanagement of their own hard-won retirement funds.
READ ABOUT ERISA VIOLATION LAWSUITS