Can plan design be a breach of ERISA obligations?

On October 7, Patricia Klawonn filed an ERISA lawsuit against the Board of Directors for the Motion Picture Industry Pension Plans in the District Court for the Central District of California. The lawsuit alleges that The Board breached its fiduciary duty under ERISA, citing as evidence “abysmal returns [that] are the product of a fundamentally flawed investment strategy.” The Board has moved to dismiss the lawsuit, citing fundamental flaws, including a statute of limitations problem. 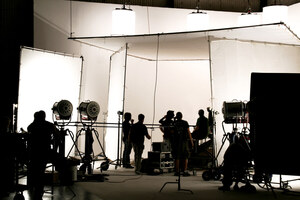 At first glance, this looks like many other ERISA fiduciary breach lawsuits. The plaintiffs have the daunting task of working backwards from disappointing investment results to show that fiduciaries breached fundamental ERISA legal duties. The task is easier where there is evidence of self-dealing. It’s harder when the evidence points, at most, to negligent administration.

Klawonn, however, pushes the argument one step farther, claiming that the plan’s basic design amounted to a breach of duty. Is there a legal distinction between bad administration and bad design? If bad design can be a violation of ERISA, the potential for fiduciary liability increases exponentially. That is what all the excitement is about.


Klawonn is a set designer, who has participated in the Motion Picture Industry Individual Account Plan (MPI Individual Account Plan) since 1992. The Complaint alleges that plan investments consistently underperformed during the decade prior to the filing of the lawsuit, and that this underperformance was the direct result of two flaws:  an investment structure that pooled all participant retirement assets together in the same underlying assets; and the fiduciaries’ failure to monitor expenses and make prudent changes.

A case of convergent evolution?

It is also a multiemployer plan. Many multiemployer plans, typically maintained by unions, are quite old, predating the adoption of ERISA in 1974 by many decades in some cases. The basic history of the Motion Picture Industry Plans suggests that this may be the case. Although these plans must have been amended to comply with ERISA and other changes in law, they often retain some traces of their separate evolution, rather like dolphins and sharks. The MPI Individual Account Plan’s unusual investment strategy looks like a relic of that evolution.

But is it a breach of law?


ERISA allows a variety of plan structures, including defined contribution plans that, like the MPI Individual Account Plan, do not permit participants to make investment decisions with respect to the funds held in their own accounts. In addition, ERISA does not require that defined contribution plans pay a certain benefit on retirement. Nor does the law hold fiduciaries liable for failing to reach certain investment benchmarks.

“Abysmal returns” are not, by themselves, against the law. The shifting of risk to participants who have no power to defend themselves against bad decisions seems fundamentally unfair, but again, not necessarily illegal. It seems like the sort of situation that is ripe for federal legislation.

Nonetheless, poor investment performance over a long period of time can be powerful circumstantial evidence of a breach of fiduciary duty under ERISA sections 404(b) and (c), specifically the requirements of prudence and skill. In fact, although Klawonn looks different at the outset because it specifically addresses the issue of investment structure, the challenges the plaintiff faces are very similar to those encountered in other ERISA fiduciary breach lawsuits. It seems all about establishing a link between bad investment returns and fiduciary negligence, if not malfeasance.

More ERISA VIOLATION News
At the end of the Complaint, the plaintiffs assert that:

This is a pretty typical problem. Plan fiduciaries are generally not forthcoming about their internal decision-making processes prior to a lawsuit. This, by itself, might be enough to keep the lawsuit in court, to give the plaintiffs the opportunity to substantiate their claims.