JPMorgan Chase has notified the Second Circuit that it will settle a class action ERISA lawsuit affecting as many as a quarter million 401k plan participants. Details of the settlement will be available by May 22, when the motion for preliminary approval is submitted to the court. 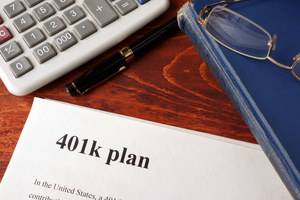 Thus ends yet another self-dealing lawsuit against JPMorgan Chase, which has been plagued in recent years by allegations that the financial giant managed its 401k investment options to benefit the company rather than the employees. This subset of pension plan lawsuits involving investment managers and other financial institutions that steer pension plan money into proprietary investment funds has already produced a steady stream of participant settlements.


The second amended complaint in Beach alleges that JPMorgan Chase chose to include expensive investment options managed by affiliates or business partners in its 401k plan instead of cheaper alternatives. The choice may have ultimately cost the participants millions of dollars in lost retirement savings. Lost retirement savings means extra years of work to achieve the same retirement benefit.

In particular, the plaintiffs challenge the plan's inclusion of high-fee investment options, some of which were managed by JPMorgan and its affiliates. The funds they challenged were:
They contend that fiduciaries violated ERISA section 404(a), which requires that fiduciaries manage plans solely in the interest of the participants and beneficiaries and to defray the reasonable expenses of administering the plan.

In addition, plan participants claim that fiduciaries breached their ERISA duty to adequately monitor others to whom the management and administration of plan assets was delegated. This was despite the fact that the fiduciaries either knew or should have known that these individuals were failing to manage the plan and its investment portfolio prudently.

A sea of JPMorgan Chase lawsuits


The Beach lawsuit was ultimately joined with two similar lawsuits, Orellana v. JPMorgan Chase and Stirsman v. JPMorgan Chase, which advance nearly identical arguments. This occurs against a years-long backdrop of legal action focusing on JPMorgan Chase’s pension practices, including one lawsuit that settled for $75 million in 2017 and included similar allegations that the bank had encouraged investment in risky proprietary funds.

As long ago as 2014, the Office of the Comptroller of the Currency reportedly began investigating whether JPMorgan and JPM Bank had improperly funneled client assets into JPMorgan-affiliated funds rather than third-party investment options in order to generate investment fees. The SEC subsequently opened its own probe into the matter, culminating in a $267 million settlement and cease-and-desist order, as well as an additional $40 million settlement with the U.S. Commodities Futures Trading Commission.


JPMorgan Chase is not the only financial institution that has run into trouble with proprietary funds. Similar lawsuits have been filed against Goldman Sachs, Prudential, Wells Fargo and Franklin Templeton, to name a few.

A May 2018 study by the Center for Retirement Research at Boston College counted more than 40 lawsuits pending against financial institutions alleging self-dealing. Many of these involve allegations concerning 401k fiduciaries that offered the employer’s own investment funds, which performed poorly or had excessive fees.

More ERISA VIOLATION News
Indeed, some have begun to question whether there is an inherent bias when proprietary funds are included in an employer’s 401k plan investment options. A 2014 study reported by the Divisions of Research & Statistics and Monetary Affairs of the Federal Reserve Board concluded that:

The settlements and litigation victories achieved by plaintiffs in self-dealing 401k plan lawsuits seems to indicate that employers and courts are beginning to see this practice as increasingly difficult to defend.
READ ABOUT ERISA VIOLATION LAWSUITS