Lawsuits May be the Last Remaining Tool to Enforce Fiduciary Rules

On October 10, 2018, participants in the Fidelity Retirement Savings Plan filed a class action ERISA pension plan lawsuit against the Plan’s fiduciaries. The Complaint alleges that the Plan fiduciaries breached their duties under ERISA, thus harming the Plan and its participants and beneficiaries. 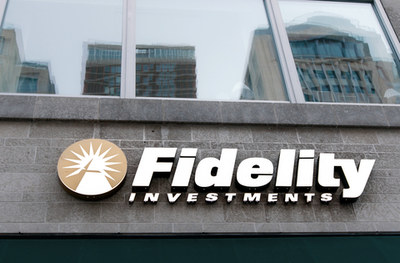 This is another in a recent spate of lawsuits brought by employees of investment management companies that accuse their employers of lining their own pockets at the expense of employees – self-dealing. This one is a little different because of the focus on fees. The Complaint also offers a window into why these kinds of lawsuits have become so prevalent. Because of fundamental structural changes in the pension industry since ERISA’s passage in 1974, lawsuits are now the only effective way to enforce the rules that require fiduciaries to act solely in the participants’ and beneficiaries’ interest.


The duties of plan fiduciaries under ERISA have their roots in the common law of trusts. This is no ordinary business transaction from which both parties are expected to benefit in some way. Rather, the trustees of a plan and the service providers they hire are expected to operate solely for the benefit of those who are saving for retirement. Their duties have been described as “the highest known to law.”

Fiduciaries must act prudently and diversify the plan's investments in order to minimize the risk of large losses. With regard to a 401(k) plan, this means that they must select investment options carefully, monitor their performance over time, and make changes as necessary. In addition, fiduciaries must avoid conflicts of interest. In other words, they may not engage in transactions on behalf of a plan that benefit parties related to the plan, such as other fiduciaries, services providers or the plan sponsor, itself. When, as in this case, the plan sponsor is an investment manager that earns fees from the investment options offered to participants, the risk of a conflict of interest is especially high.

The Allegations Against FMR Ltd


Three plaintiffs, Kevin Moitoso, Tim Lewis, and Mary Lee Torline, individually and on behalf of other plan participants brought this lawsuit against FMR Ltd, the fiduciaries in charge of managing plan investments and certain related entities that provided services to the plan. They claim that the fiduciaries breached their ERISA duties in two basic ways:


This is a maneuver court-watchers have seen before with similar lawsuits against employers who sponsored 401(k) plans and were in the business of investment management, including Invesco and Franklin Templeton. There is nothing about the practice of offering only proprietary funds that necessarily violates ERISA. However, the plan fiduciaries have the difficult task of showing that these are the best of all possible options. It may be impossible here, given allegations that “[a]mong the 20 defined contribution plans with over $5 billion in assets …, Fidelity’s plan performed the worst (almost three times worse than average), representing over $100 million per year in losses compared to the average plan.”


This argument can be somewhat difficult to make because it requires comparing the fees charged to Plan participants to the fees that would have been charged had the investment options been different or had the fiduciaries negotiated fee reductions common for very large plans. It is inherently speculative. Nonetheless, the Complaint alleges, “[a]s of the end of 2016, the Plan had by far the highest fees among the approximately 110 defined contribution plans with more than $5 billion in assets.” The Plan’s fiduciaries may have had very little incentive to seek lower fees because they were essentially paying the company for which they worked and in some cases, on whose Board of Directors they sat.

Why so many Lawsuits?


Fiduciary lawsuits against 401(k) plans are clearly increasing in frequency. Part of the reason may be that, because of profound structural changes in the pension industry, ERISA lawsuits are now one of the few effective ways of enforcing the strict fiduciary standards of prudence and loyalty imposed by the law.

In 1974, at ERISA’s passage, most retirement plans were defined benefit plans. The employer, through the plan, promised to pay a fixed monthly sum of money from a commonly invested fund to a retiree beginning at retirement. This sum was calculated on the basis of the retiree’s life expectancy and anticipated investment returns of the fund. If the retiree lived far longer than expected or the plan’s investments went sour, the promise of payment did not change. The employer/plan sponsor might be required to put in more money to meet its pension fund obligations. Therefore, the fiduciaries of the plan had a strong financial incentive to manage the plan well.

More ERISA VIOLATION News
Today, the great majority of employer pension plans are defined contribution plans. With a 401(k) plan, participants contribute out of salary, and unless there is an employer matching contribution, the employer never contributes any money. The participant does well or poorly in retirement based on his or her investment acumen. If there is not enough money to sustain retirement, the participant is simply out of luck.

Financial risk has shifted from the employer to the employee. Plan fiduciaries therefore have no inherent incentive to manage the plan for the participant’s benefit. Plan participants are left at the mercy of the fiduciaries’ personal rectitude. That may be one of the reasons that ERISA fiduciary lawsuits have become such an important tool in regulation of conflicted and possibly faithless fiduciaries.
READ ABOUT ERISA VIOLATION LAWSUITS

Posted by
Marjorie Freije
on November 12, 2018
My husband and used to invest with Fidelity. About a year ago we move to another Investment Company, but we still have some Fidelity accounts in our portfolios.