On December 15, the District Court for the Western District of Wisconsin agreed that plaintiffs in a lawsuit against UMR, the benefits administrator for employer-sponsored UnitedHealth insurance plans, could proceed as a class. As many as 1,600 individuals may ultimately be included in ERISA lawsuit. This appears to have weighed heavily in the Court’s decision that Berceanu v. UMR, Inc. could proceed as a class action lawsuit. 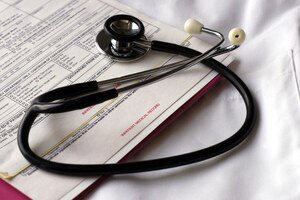 Interestingly, the plaintiffs, who were denied coverage for residential treatment of mental health or substance abuse issues, do not seek monetary damages. Instead, they ask only for a declaratory judgment that clinical criteria used by UMR to deny coverage are overly restrictive and breach generally accepted medical care standards. Further, they seek a determination that the administrator acted in an arbitrary and capricious manner by adopting these guidelines. In Wit v. United Behavioral Health, the Northern District of California previously described these guidelines as “’infected” by financial incentives meant to restrict access to care.”

On the advice of her treating physician, the daughter remained in residential treatment through the end of August 2016. Her mother ultimately incurred substantial out-of-pocket costs to pay for her daughter’s care.

Judy Hernandez was a participant in the Kawasaki Welfare Benefits Plan, which was sponsored by her employer, Kawasaki Precision Machinery (USA), Inc. On February 19, 2019, her husband was admitted for residential treatment at Shadow Mountain Recovery Center in New Mexico. His treatment was for a substance use disorder, complicated by a co-occurring mental health condition.

UMR approved coverage for Mr. Hernandez’s residential treatment through March 6, 2019, but denied coverage thereafter. As in Ms. Berceanu’s case, UMR maintained that Mr. Hernandez could be treated less expensively in an intensive outpatient program. On the clinical advice of the actual treating providers, Mr. Hernandez remained in residential treatment at Shadow Mountain until March 26, 2019, during which he received the recommended intensive outpatient services.

Despite finding that Mr. Hernandez met the criteria for coverage for services at the intensive outpatient level of intensity, UMR denied all coverage for his continued care in his residential treatment program, rather than reimbursing at the rate applicable to intensive outpatient programs. This denial allegedly created a windfall for the sponsor of the Kawasaki Plan sponsor and for UMR’s affiliated stop-loss insurer. Ms. Hernandez incurred significant unreimbursed expenses for her husband’s residential treatment.


Generally accepted standards of medical practice, in the context of mental health and substance use disorder services, are the standards that have achieved widespread acceptance among behavioral health professionals. There is a continuum of intensity at which services are delivered. The goal is to match patients with the level of care that is most appropriate and effective for treating their conditions.

These standards are gleaned from a variety of sources including: The question before the District Court was not whether the UBH guidelines fell within these professionally developed parameters. Rather, the issue is whether UMR acted in accordance with the fiduciary standards of ERISA in continuing to apply the UBH guidelines, at a time when they were already under intense legal scrutiny. Or, as suggested by the northern District of California’s decision in Wit, was the administrator motivated by improper financial concerns?

More ERISA VIOLATION News
ERISA requires health plan fiduciaries, including any person using discretion in administering and managing a plan or controlling the plan’s assets, to: Fiduciaries specifically may not act for their own benefit or the benefit of other fiduciaries, the company sponsoring the plan or any other person.

The fact that the plaintiffs in Beceanu may now proceed as a class gives them a much better chance of having the issue of fiduciary dereliction determined by a court. If it proceeds to trial, expert testimony and a thorough exploration of the facts is likely to figure prominently.