On November 5, former employee, Young Cho, filed a class action ERISA lawsuit (ERISA) in the District Court for the District of New Jersey alleging that fiduciaries of the Prudential Insurance Company 401k plan breached their duty to plan participants by selecting and managing investment options to benefit Prudential, rather than retirement savers. 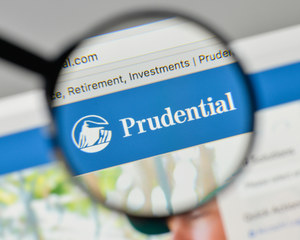 The gravamen of the complaint is that fiduciaries of the Prudential Employee Savings Plan chose high cost, poorly performing proprietary investment funds to benefit the insurance giant, not the workers.

That’s pretty dry and quite familiar by now from ERISA lawsuits against other financial service providers. A study cited by CNN Money makes it plainer: some U.S. workers are losing out on more than $100,000 in retirement savings thanks to 401(k) fees. That can be five or six years of work for some people.


WHERE THE MONEY WENT INSTEAD


Defined contribution plans, like the Prudential 401k plan have become the primary form of retirement savings in the United States, according to the complaint and, as a result, America’s de facto retirement system. The Prudential plan is gigantic. As of December 31, 2017, it had nearly $8.7 billion in assets and was in the top one percent of all 401(k) plans in terms of assets. As of that date, there were nearly 45,000 participants.

With a plan of that size, a little financial leakage can amount to a lot of money. The complaint claims that the funds that should have gone into participant retirement savings accounts went instead to excessive investment management fees or they were lost in the market through poor investment performance, which was not monitored as required by the legal obligation of fiduciaries to act prudently and in the sole interest of participants and beneficiaries.

What about product knowledge and loyalty? As the complaint argues, the plan’s use of Prudential-affiliated funds may have inclined Prudential employees to sell others on the benefits of owning in-house and affiliated funds. It was a built-in sales pitch. Whose bottom line will likely benefit? This is harder to track, of course, but it is not likely to be the average Prudential 401k plan participant.
All of this – the excessive management fees, the excessive recordkeeping fees and the subtle pressure to convert the unconverted – is arguably in breach of the legal obligation imposed by ERISA on plan fiduciaries to act solely in the interest of plan participants and beneficiaries.


ERISA imposes strict fiduciary duties of loyalty and prudence on plan fiduciaries. They must run the plan solely in the interest of participants and beneficiaries for the exclusive purpose of providing benefits and paying plan expenses. Fiduciaries must act prudently and must diversify the plan's investments in order to minimize the risk of large losses. In addition, they must follow the terms of plan documents to the extent that the plan terms are consistent with ERISA.

They also must avoid conflicts of interest. In other words, they may not engage in transactions on behalf of the plan that benefit parties related to the plan, such as other fiduciaries, services providers or the plan sponsor. The last requirement is often discussed in terms of the party-in-interest or prohibited transaction rules, a particularly dense area of the law. These rules play a particular role in the Cho lawsuit. In addition, ERISA imposes explicit liability on plan fiduciaries for a breach of fiduciary responsibility by another fiduciary under certain circumstances.

Unlike many financial arrangements, in which both parties can reasonably expect to benefit, ERISA’s fiduciary duties must be performed “with an eye single” to the interest of the participants. The standard distinguishes ERISA fiduciaries from other non-ERISA asset managers. This distinction appears to be a continuing source of confusion, especially when the plan sponsor is also in the business of managing investments.


A GREATER RISK OF DISLOYALTY

More ERISA VIOLATION News
The complaint acknowledges that potential for disloyalty and imprudence is much greater in defined contribution plans than in defined benefit plans. For financial services companies like Prudential, the potential for imprudent and disloyal conduct is especially high, because the Plan’s fiduciaries are in a position to benefit the company through the selection of the Plan’s investments by, for example, filling the plan with proprietary investment products that an objective and prudent fiduciary would not choose. The risk is also heightened where the plan sponsor, like Prudential, serves as the record keeper for the Plan, participating in yet another stream of revenue generated by plan participants.

There have now been a series of self-dealing lawsuits and settlements involving similarly situated plan sponsors, such as Franklin Templeton , Invesco and Transamerica. This is certainly a part of the background against which the ERISA lawsuit against Prudential will proceed.
READ ABOUT ERISA VIOLATION LAWSUITS