On September 21, the District Court for the Northern District of Georgia ruled that an ERISA lawsuit brought by participants in the Home Depot FutureBuilder 401(k) Plan against plan fiduciaries could proceed as a class action lawsuit. Pizarro v. The Home Depot is particularly notable for the number of participant who may be affected – now estimated to top 300,000. 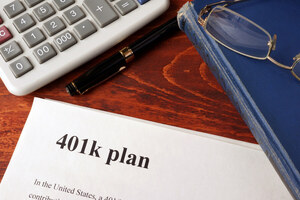 Much has happened since 2018, when this ERISA lawsuit was the subject of much coverage, so the time may be ripe for a bit of recap and another look at some of the pros and cons of gigantic class action lawsuits, like Pizarro.

The history of Pizarro, so far

The latest decision permits the ERISA lawsuit to go forward against the remaining 3 defendants on the basis that and the participants has enough in common to move ahead as a group.


In general, under Rule 23(b)  of the Federal Rules of Civil Procedure, a federal court will grant a group of plaintiffs the right to bring a class action lawsuit only if: There is no set maximum or minimum number of plaintiffs required. In Pizarro, the only issue with class action status appears to have been whether there was sufficient commonality in the facts or claims of various subclasses of plaintiffs.

One subgroup of participants alleged that the poor investment options offered indicated a breach of fiduciary duty. The other two subgroups of participants complained of the excessive fees charged by Financial Engines Advisors LLC and Alight Financial Advisors LLC. Nonetheless, the District Court found that the plaintiffs' claims were straightforward excessive fee claims, of the sort routinely certified.


This returns the court watcher to the issue most notable about this ERISA lawsuit, which is the huge number of individuals in the class. Does the fact that more than 300,000 participants may be affected matter?

No, according to the letter of the law. But in reality, the answer is yes, of course, because the size of either a potential judgment or the settlement required to avoid one could be record-shattering. This leads to thorny policy questions about the use of class action lawsuits.

Many sides to the same question


From the judicial perspective, class action lawsuits have some advantages of efficiency. They permit speedier and more economical discovery and pretrial proceedings than many individual lawsuits would. Treating a group of plaintiffs as a class also prevents inconsistent decisions that could be a basis for further appeals.

From the plaintiffs’ point of view, class action lawsuits can seem like the only effective remedy when the dollar amount in dispute is small – less than the cost of individual litigation. The threat of a large jury award or expensive settlement may also seem like the most powerful tool in an area of the law where the regulatory structure lax or the enforcement of existing law or regulations is undependable.

More ERISA VIOLATION News
On the other hand, individual plaintiffs cannot appeal from a class action decision or settlement that that they think is inadequate. Some have been unhappy with the amount of the recovery they ultimately receive.

Employer advocates generally (though not universally) oppose what they see as the growth of class action lawsuits. The language can get heated with accusations of “blackmail settlements.” Nonetheless, class action lawsuits are a tool in the plaintiffs’ tool box, and it appears that that tool will be available to plan participants in the massive Home Depot ERISA lawsuit about to unfold.