“Abysmal” or “Too Conservative”? Supermarket ERISA Lawsuit to Settle for $17.5 Million

“Abysmal” or “Too Conservative”? Supermarket ERISA Lawsuit to Settle for $17.5 Million Were poor investment results evidence of fiduciary breach?

Toomey v. DeMoulas Super Markets, Inc., a class action ERISA lawsuit filed in the Massachusetts District Court in 2019, will settle for $17.5 million and prospective changes to the plan’s investment strategy, pending the court’s final approval in April 2021. While ERISA industry advisors have characterized the DeMoulas (Restated) Profit Sharing Plan and Trust’s investment management style as “too conservative,” the Complaint is far more brutal. It describes the performance of the investment fund as “abysmal.” 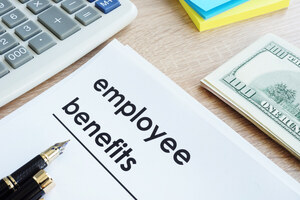 
Paul Toomey worked for DeMoulas Super Markets, Inc., which operates the Market Basket grocery chain until 2015, and during his employment he participated in the DeMoulas Profit Sharing Plan. The plan is an uncomplicated profit-sharing plan, not a 401k) retirement plan. It does not permit employee contributions; all the funds are contributed by the employer. During Toomey’s employment, all the money contributed to the plan was invested in a single fund. In that fund, 70 percent was allocated into domestic fixed income options, and 30 percent into equities.

The trustees of the plan assert that their goal was to preserve the value of the company’s contributions to the fund, while providing some modest investment growth. The Complaint, on the other hand, describes the investment strategy as “wildly unsuccessful.”

More specifically, it alleges that: More tellingly, the Complaint asserts that “[o]ut of 674 similarly-sized retirement plans across the country, the plan performed worse –far worse –than any other plan during the class period, with returns that were significantly below even the lowest decile of such plans.” As a consequence, the plan participants claim, “it is reasonable to infer that Defendants’ process for managing the Plan’s investments was flawed and inconsistent with the applicable standard of care under ERISA.”

What is the standard of care for ERISA fiduciaries?

Further, ERISA imposes a duty on plan fiduciaries to manage the plan “with the care, skill, prudence, and diligence under the circumstances then prevailing that a prudent person acting in a like capacity and familiar with such matters would use in the conduct of an enterprise of a like character and with like aims.” This duty of prudence includes “a continuing duty to monitor [plan] investments and remove imprudent ones . . . separate and apart from the trustee’s duty to exercise prudence in selecting investments at the outset.”

ERISA fiduciaries are not guarantors of investment results. An underwhelming rate of return on plan investments, by itself, a breach of fiduciary duty. It could simply be evidence of an overly conservative investment philosophy. Wretched investment results could be something else, however.

Was the trustees conduct a breach of the ERISA standard?

More ERISA VIOLATION News
That, of course, is the question is these kinds of ERISA lawsuits. Toomey, since it is poised to settle, will not provide an answer.
But, as Henry David Thoreau noted, “Some circumstantial evidence is very strong, as when you find a trout in the milk.” (This may make more sense if you know that in 1850, at the time he penned this sentiment, there was a well-known scandal about milk watering.”)

The Demoulas Profit Sharing Plan participants clearly thought they had that kind of circumstantial evidence. The defendants may have been willing to settle for the amount they offered because they suspected something fishy, as well.