Attorney Lisa Maki is a bundle of energy and fortitude. She runs her own law firm, the Law Offices of Lisa Maki, in Los Angeles, California. And, frankly, there aren’t many women doing that in the high-stakes, predominantly male world of trial lawyers. 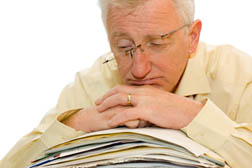 “I have been doing this kind of work for 20 years. When I started there were a lot of sexual harassment complaints, but age discrimination is now the top inquiry that comes into my office and has been for the last couple of years.

“It is happening across the board in all kinds of jobs, professions and wage groups. We have an older workforce, people are working longer because we are living longer, and they have to work longer,” says Maki, “It is happening to both men and women.”

Maki is currently representing a 51-year-old woman who was terminated from her job at Carl Warren & Company, a California insurance company, on February 24, 2014.

As stated in the Factual Allegations section of the statement of claim filed with the Superior Court of California, in 2014 Jane Manghallis had worked as the human resources manager with the company for eight-and-a-half years. According to documents, her work performance had been considered satisfactory.

Part of Manghallis’s job was to help the company abide by the California Employment and Housing Act (FEHA) and work with the Department of Fair Employment and Housing (DEFH). However, during her employment “the plaintiff became aware of a pervasive pattern and practice of discrimination, retaliation and harassment at Carl Warren & Company.”

Among other things detailed in the court documents, the company, on several occasions, targeted older workers for layoff. Older workers who had taken leaves of absences were terminated shortly after they returned to work, and one woman was terminated after making a sexual harassment complaint.

The company advised Manghallis to “keep quiet” about these issues but she “refused to follow her counsel.”

She continued to raise these issues as they came up. Eventually Manghallis was fired.

According to the statement of claim, “the plaintiff believes and alleges that the true reason for her termination was her age, sex (gender) and in retaliation for her opposition to unlawful employment practices.”

In addition, Manghallis claims she was defamed when, following her termination, the Carl Warren & Company said she was “incompetent and unqualified in her position.”

Attorneys like Maki work on a contingency basis in these kinds of cases. That means they take cases they believe are winnable.

In the Manghallis case, as in most cases like this, the statement of claim asks for list of damages.

“Amount of money they would receive is for their injuries - meaning lost wages, benefits, and non-economic damages like emotional distress and the general pain and suffering that you go through when you lose a job,” says Maki.

“You lose everything when you’re terminated like this,” says Maki. “You lose your health insurance.

“If a jury finds that a company acted with malice, fraud or oppression, you go into a punitive damages phase where there is a penalty amount that can be added to that,” she says.

The good news for plaintiffs and attorneys is if they win at trial they can ask the court to order the defendants to pay attorney fees. “That money can then be split with the client and in some cases you actually increase the amount you recover for them,” says Maki.

Posted by
anonymous
on January 18, 2016
This is absolutely true! After losing a good job at 51 years of age, I have very little hope of obtaining that level of employment again. Employers want younger employees who they perceive as a better ROI when it comes to training and other onboarding costs (despite the fact that younger employees jump around from job to job quite a bit). It's sad and there's almost nothing that can be done. It is so hard to prove, especially when you're talking about hiring (rather than firing). I've been passed over for people with less than half of the education and experience that I have. The excuse is that they are worried I will not be happy with the salary but really, it's just a way to eliminate older applicants.