Edison Discrimination Suit is Déjà Vu All Over Again

This is the third time since 1974 that Southern California Edison is being sued for racial discrimination. "This company has an inbred culture of racial intolerance that favors Caucasians and punishes African Americans and other non-Caucasians," says attorney Charles T. Mathews, who represents 11 plaintiffs in the latest class action against the company. 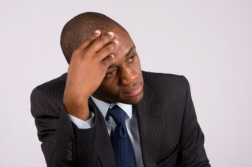 According to the suit, filed with the Superior Court in the state of California, African American employees are consistently denied promotions, training and equal pay. They allege they endure a hostile work environment at Southern California Edison, where even the performance evaluations are rigged against them.

Mathews, a former District Attorney with a straight-up "don't mess with me" attitude, has litigated against the southern California power monopoly before. He believes his clients deserve much better than they have been getting from their employer.

"Let me give you one of the more poignant examples," he says. "One of our class members is a 20-year-plus member of the security department. He's a good man. At a meeting of the department, his supervisor characterized upper management at the company as being something like the grand wizards of the Klu Klux Klan!"

In 1974, the company was found to be in violation of the 1964 Civil Rights Act and was ordered to institute a diversity training program, pay a group of African American workers $8,150,000 in back pay and put $3,100,000 into a personal injury settlement fund.

If the company had done what the courts instructed it to do then, "we wouldn't be here now," Mathews says.

Southern California Edison does not comment on pending litigation, but the company's media relations spokesperson, Gil Alexander, told Lawyers and Settlements, "The company prohibits race discrimination, values the diversity of its workforce, and strives to cultivate an environment of inclusion."

Although the company website photos feature a diverse group of employees Mathews says it's clear from their actions that company is still a reluctant equal opportunity employer with a resistant management culture.

"The vast majority of management at the company are members are Mormon – members of the Church of Jesus Christ of Latter-day Saints," says Mathews. And some of the senior staff are related to other members of management. "There is a lot of that there. The entire upper management there has always been Caucasian, primarily male. They have one or two African Americans they trot out when it suits them. They are somewhat up in the pecking order but have no power or ability to improve the situation."

The suit seeks (once again) a relief to discriminatory practices, back pay, front pay as well and demands that Southern California Edison meet affirmative action obligations.

If you have suffered losses in this case, please send your complaint to a lawyer who will review your possible [Employment Discrimination Lawsuit] at no cost or obligation.
Request Legal Help Now