Permax Permanently Off but too late for Many

"I find it hard to believe that Permax is still being made," said Virginia Ray, just a few months ago. " When I found out that I have four leaky heart valves, I thought it should have been recalled." Well Virginia, it has finally been taken off the market, but March 29, 2007 was too late for many patients.

That was the date the FDA announced a voluntary withdrawal of Permax from the market after two New England Journal of Medicine studies confirmed an association of Permax (also known as pergolide) with an increased risk of serious heart damage.

"I was on Permax for quite a while - several years," said Ray. "I was prescribed this drug for restless leg syndrome and my doctor said it was the same medication given to people with Parkinson's disease - even though the two are not related. I didn't have any health problems before taking Permax except for my legs." 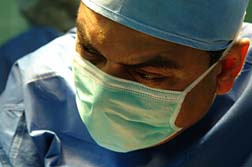 "Then my doctor called and asked me to come in and have an ultrasound done on my heart - I was so shocked and surprised with the results because nobody in my family ever had heart disease." Ray immediately stopped taking Permax but doesn't know the extent of damage it may have caused yet. "I was sent to a cardiologist and he told me that the mitral and aortic valves are leaky and I don't need surgery right away but it might cause problems in the future."

"When I see my doctor again I am going to talk about Permax - we should do something about getting drugs like this off the market sooner than later. I will definitely pursue the matter further - and I mean legal action."

Although there are alternative therapies available for Parkinson's disease and restless leg syndrome (apparently prescribed to Virginia Ray off-label), about 12,000 patients in the U.S. were prescribed Permax in 2006.

1998: The FDA approved Permax, manufactured by Eli Lilly and Company, as an adjunctive therapy with another medication (levodopa)in Parkinson's disease.

2002: An association with valvular heart disease and pergolide was first known.

2003: The FDA asked the drug company to add 'abnormality of cardiac valves' to the warnings section of Permax labeling.

2006: That warning was upgraded to a black box warning because of more reports of patients suffering heart valve damage.

2007: The FDA issued a Public Health Advisory (PHA) in March, detailing the removal of pergolide products from the marke

If you are diagnosed with valvular heart disease or are concerned about a possible Permax-related valve injury, please contact a [Permax] lawyer who will evaluate your claim at no charge.
Request Legal Help Now