"I came down with a severe case of restless leg and arm syndrome, even my shoulders, about 15 years ago, "says Richard Tibbetts. "I went to a doctor in Atlanta and he prescribed Permax which helped a great deal but I developed a worse problem -- it seems that I have a leaky heart valve. I took Permax for 14 years.

"What's happening is my blood goes to the aorta okay but leaving is less than it should be and I am on different meds to help the flow of that blood. I might have a leaky valve. 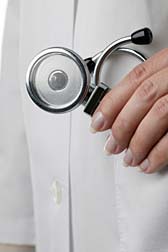 One week ago, I got a notification from my pharmacist saying they no longer supply Permax and the FDA has taken it off the market. I have an appointment with my doctor next week to go on an alternate drug. Taking Permax off the market concerned me so I went online and looked up the side effects. It seems to me that I am a classic case for these symptoms described. I mentioned Permax to my doctor about one month ago, before I knew about the recall, because I wanted to try a different medication. I had been on Permax for so long and I told him that if they ever stopped it, I would be in trouble; it would be difficult for me to function.

I am still taking Permax because I can't go cold turkey but I am hoping this other medication will work - they are saying this new drug is as good as Permax. I am very concerned that Permax has caused permanent heart damage, even though I am on medication to control the return of blood from the aorta.

I have to bring up Permax and the possible cause of my heart condition with my doctor but I expect him to say maybe, maybe not. Doctors are very wishy-wishy about drugs. If I go to my internist and say I am very concerned, I don't think he is going to commit himself to mentioning this drug is to blame because it is a CYA (cover your ass) thing. Even though they didn't know at the time it was dangerous.

Another thing - the doctor who has been prescribing it to me doesn't want to incriminate himself. I will be shocked if he comes across and says Permax is to blame. I would love it if my cardiologist commented on Permax. However, from what I read from my cardiologist's medical records, it seems to me that it could very well have been Permax. "In light of most coronary risk factors and given the patients age and symptoms...underlying coronary heart disease...no significant irregularities in the vessels during the study.

And there is a statute of limitations - my undergraduate was business law - so I know that I need to get all my medical records asap."

If you are diagnosed with valvular heart disease or are concerned about a possible Permax-related valve injury, please contact a [Permax] lawyer who will evaluate your claim at no charge.
Request Legal Help Now