A 2013 change in the way Disney World accommodates persons with disabilities has sparked a discrimination lawsuit against Walt Disney Parks and Resorts by a group of 25 parents and guardians of autistic children in California. 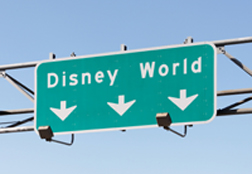 “Anyone with an autistic child understands the issues,” says attorney Mike Arias.
“We hope this will cause a change that will improve the situation for every autistic child.”

Prior to the 2013 change, disabled persons, including autistic children, were issued a Disney Guest Assistance Card (GAC), which allowed them to go to the front of the line. According to the complaint filed in Superior Court of the State of California for the County of Los Angeles, this system of accommodation was “universally enjoyed and appreciated by the community of persons touched by cognitive impairments.”

Disney’s new policy, known as the Disability Assistance System (DAS), now requires the disabled to access the ride or event at a time specified by Disney. Mike Arias, from Arias Sanguinetti Stahle & Torrijos, argues that his clients cannot be accommodated this way.

In the words of the complaint, the plaintiffs in this case “like other persons with cognitive impairments, are mentally and physically incapable of waiting for a specific length of time, regardless of whether they are waiting in line, or told to come back at a later date.”

“I have known many autistic children,” says Arias, “They tend to be excited very easily. When they go to Disney World, it is a major highlight in their lives. You can’t tell an autistic child to come back in an hour - because once they see the ride - they are ready to go. The way their minds are structured they just cannot handle being told to come back later.”

The complaint goes on to say that imposing this kind of waiting system on children with autism produces extreme stress and “causes persons on the autism spectrum, and other near-spectrum exhibitors, to overstimulate, resulting in anxiety and ‘meltdown’ behaviors.”

“Disney has to recognize the specifics of a disability,” says Arias. “They can’t offer the same plan for every person with a disability.”

Disney has said publicly it denies it is doing anything wrong and says the suit has “no merit.”

The suit seeks statutory damages, in other words, a fine for every time an autistic person has been denied access and asked to return at a specific time, plus it asks for injunctive relief.

“Injunctive relief would mean Disney changes its policy - that’s something that would benefit every autistic child who goes to Disney World,” says Arias.

That could be a lot of children. According to a Centers for Disease Control press release on March 27, 2014, as of 2010, one out of every 68 American children is considered autistic.

The firm of Arias Sanguinetti Stahle & Torrijos handles a diverse range of legal issues. However, the firm has represented many persons with disabilities over the last 15 years. “I like this area of the law because it deals with a segment of our society that many people tend to overlook,” says Arias.

Posted by
Ava
on December 9, 2015
Mrs Banks,
With all due respects, I understand what you are saying but not all kids with autism are not wired that way to be taugh
It is understood you have succeed at it but other parents have a harder time doing so and need extra accommodation

Posted by
Sue Bennett
on November 29, 2015
Patricia Banks - you are clearly an excellent mother by teaching your child, handicapped or not, that the world does not fall to the child (or handicapped adults') feet. I raised two handicapped children and I also felt that it was important for them to be raised as part of a world that accepted them for who they were with no particular adjustment. It gives them more self respect and strength. I hope this lawsuit is squashed!
Posted by
Sherrie Raymond
on November 29, 2015
Not that I want to take up for Disney, particularly, but why can't the parents/guardians schedule in advance? Are they going to Disney World just for one ride? Doubt it. Have alternatives to fill time until space on ride is available. Hope this suit gets tossed.
Posted by
Laura balcita
on November 29, 2015
I am a parent of a 38 year old downsyndrom daughter. Going to Disneyland in Los Angles is a great privalidge. My daughter and family member who come with us are excited to enjoy all it has to offer.when it comes to going on rides it gets stressful . My daughter does not understand the wait and come back at a designated time. We have to stay around the ride and my daughter gets anxiety and stresses out ,then stressed the family out because we have to explain and she does not understand. She see people getting on the ride and gets frustrated due to the wait.there have been times we left to go on another ride and had to wait again.then loosing our wait time at another ride.disneyland is a very large theme park and she gets restless and irritable waiting . Then anxiety . Then the entire family gets frustrated. When we are only trying to enjoy the theme park and rides.
Posted by
Patricia Banks
on November 29, 2015
Disney World DOES accommodate disabled individuals and has continued to go out of their way! Fast Pass or pre-set ride times
are part of their solution process! We have been members for a
year now with my child having Autism also at age 11 since she
was 2 years old. You will only get through behavioral issues by
showing the child or person other solutions not giving their way!
So it's not helping them to think the world (no puns intended) is
going to be altered around their particular problems! I've had an
obstacle with sound & spinal stenosis-so should I demand their
rides eliminate sounds-lights and motion b/c I'm disabled? Not!