It's tragic enough when a child is born with an obvious birth defect that you can see—such as cleft palate or cleft lip, defects that have been linked to the use of Depakote. However, the Depakote birth defects one cannot see can be equally troubling. 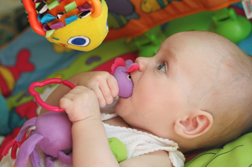 Such is the case surrounding the recent announcement by the US Food and Drug Administration (FDA) that valproate (Depakote)—a drug used to help prevent and treat seizures, among other uses—could prove a risk to a child's cognitive capacity.

This concern only adds to the weight of risk already associated with valproate surrounding the potential for physiological birth defects such as the aforementioned cleft palate and cleft lip. Such deformities can be addressed via surgery, although the outcomes may be directly related to a family's capacity to underwrite the costs.

Cognitive capacity, on the other hand, cannot be surgically altered.

The American Academy of Family Physicians is concerned enough about the potential risk to cognitive capacity that it released the June 30 FDA communiqué, in an effort to ensure the word got out to pregnant women and those expecting to become pregnant.

According to a recent release by States News Service, the FDA has become concerned with regard to a number of epidemiological studies that suggest infants exposed to Depakote (among other related products) in the womb present with lower cognitive test scores than children exposed to other antiepileptic drugs, or none at all.

More DEPAKOTE BIRTH DEFECT News
Given that valproate crosses the placenta and passes into breast milk, there is also potential for concern about the effects Depakote may have on a breastfeeding infant—although those effects are not known, according to the June 30 FDA release.

Part of the concern with Depakote is that valproate is also prescribed to treat manic depression and migraine headaches—the latter opening up valproate to a wider collective of patients.

At the moment, Depakote is classed as a Pregnancy category D drug by the FDA, which indicates evidence for human fetal risk while acknowledging the potential benefits of valproate may overshadow the risk.

That said, the FDA signaled its intention to update label warnings for Depakote to reflect increased risk for cognitive impairment, together with stronger language to reflect existing warnings for other Depakote side defects such as neural tube defects, cleft palate and lip, and various Depakote birth defects related to the heart.