As a medicine used to treat serious problems such as epilepsy, Depakote can be invaluable for some patients. But despite the relief Depakote gives patients, Depakote side effects, including a reported increased risk of Depakote birth defects, can be serious. 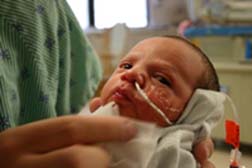 Depakote (known generically as valproic acid) is classified by the US Food and Drug Administration (FDA) as pregnancy category D because it can cause serious and potentially life-threatening birth defects such as spina bifida, underdeveloped heart, nerve problems and fetal death. Studies have reportedly shown that babies exposed to Depakote prior to birth had, depending on the trimester of exposure, up to almost 13 times the risk of spina bifida when compared with babies not exposed to the medication.

Making the problem more complicated is that Depakote has been found to affect the patient's brain chemistry, leading doctors to prescribe it off-label for migraines, mania and bipolar disorder. Some patients may not have realized they were prescribed Depakote for those uses because the drug is so highly associated with epilepsy.

Furthermore, some patients have reportedly not developed Depakote side effects until three or four years after taking the medication, making it difficult to link their current health problems to Depakote.

More DEPAKOTE BIRTH DEFECT News
In addition to birth defects, there are allegations that patients who took Depakote, even if they only took it short-term, have an increased risk of liver failure and pancreatitis. In 2009, the FDA requested an update to Depakote's warnings, alerting patients to the increased risk of life-threatening pancreatitis in both children and adults taking Depakote. At the time, the FDA noted that some cases progressed rapidly from initial symptoms to death. Symptoms of pancreatitis include unexplained nausea, vomiting and difficulty putting on weight.

Patients who suffered from epilepsy, migraines, bipolar disorder and mania, and who are experiencing liver or pancreas problems but are not sure if they were prescribed Depakote should check their medical records. Women who were given medications for epilepsy, migraines and depression while pregnant and had a baby with birth defects should also check to see if they were prescribed Depakote.

In addition to birth defects, some studies have found that students exposed to Depakote in the womb scored lower on academic tests than students not exposed to the drug.