A young lawyer from Troy, Michigan was puzzled by the brownish stains that suddenly began to appear on this teeth, then he gradually started to make the connection between his new mouthwash and the dramatic changes he saw in the mirror. "I never had stains like this on my teeth until after I started using Crest Pro-Health Mouthwash," says Mark Rossman. "When I found out that other people using this defective product had also made complaints about the same kinds of stains, I was shocked." 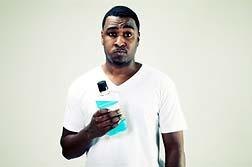 At the very least Rossman thinks that Proctor & Gamble should be warning consumers that the product can do exactly the opposite of what people are expecting. "It seems entirely counter-intuitive that a product purported to clean the mouth would leave brown stains on teeth," he adds.

His firm, Mantese and Rossman, has recently filed a class action complaint in the state of Michigan alleging that Proctor & Gamble's product, Crest Pro-Health, contains cetylpyridinium chloride ("CPC") and the defendants know that one of "CPC" possible side effects is "inter alia" or the discoloration of teeth.

Since filing the complaint, Rossman has heard from other people across the US who used Crest Pro-Health and believed it stained their teeth. "People have been calling from Michigan, Ohio, California, Idaho -- there have been a lot of people who have contacted us with the exact same problem dating back to 2006," says Rossman.

More Defective Product News
The documents allege that Proctor & Gamble's Pro-Health Mouthwash violates the Michigan Consumer Protection act. Simply put, the product does not do what a consumer would expect it to do. "I am really looking forward to the discovery process and getting a look at Proctor & Gamble's internal documents," says Rossman.

"We think this has sufficient merit," says Rossman, "and the evidence is right between my lips."

The firm of Mantese and Rossman recently hit the headlines after a successful case against Blue Cross led to the insurer paying costs for treatment of autistic children that had been previously denied to policyholders.

"I like the kinds of cases we take on at this firm," says Rossman. "We like to make a difference."

Mark Rossman graduated from the University of Michigan with a B.A. in English (1998) and earned his J.D. at the Wayne State University Law School (2001). In 2007, Rossman was named by Lawyers Weekly as one of the up and coming lawyers in the state of Michigan.