Were Defective St. Jude Cardiac Defibrillators Implanted Even After Recall?

The complaint in the ASEA/AFSCME Local 52 Health Benefits Trust defective St Jude cardiac defibrillator lawsuit contains shocking new allegations. The fact-finding that follows may give patients the information they need to seek redress. 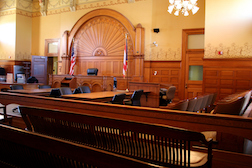 
ASEA/AFSCME Local 52 Health Benefits Trust v. Abbott Laboratories is a massive class action lawsuit brought, interestingly enough, not by patients who have been hurt by malfunctioning pacemakers, but by insurance funds. In the most basic terms, the insurers claim that they have suffered economic harm because the product and procedures they paid for were faulty, and then sometimes they had to pay again for other procedures. It’s a cold economic argument.

The patients’ perspective is different. Usually, the claim is mostly about harm to health or wrongful death and then only secondarily about pain in the pocketbook. But what is discovered in one context (hopefully well-resourced), may be used in another.

Dig through the documents and there’s some interesting stuff:

Paragraph 83 of the complaint https://www.courthousenews.com/wp-content/uploads/2017/09/StJudePacemakers.pdf states that “The FDA investigators also discovered that Defendants released ten recalled ICDs from its distribution centers after the October 2016 recall had been issued. Between October 14 and October 26, 2016, seven additional recalled ICDs in the control of St. Jude Medical’s U.S. Field Representatives were implanted into patients.”

More DEFECTIVE ST JUDE CARDIAC DEFIBRILLATORS News
Paragraph 75 states that “St. Jude Medical had repeated notice of the Battery Depletion Defect and ignored it. Forty-two (42) of the Defendants’ Product Analysis Reports, produced between the years 2011 and 2014, confirmed that there was an issue with premature battery depletion caused by lithium cluster bridging in the Recalled Devices [emphasis in original].”

There are lots of other allegations which point to basic corporate malfeasance – failure to highlight product problems to the board and management, failure to report issues to the FDA in after-market reports, and the temptation to study a problem to death in hopes that everyone will nod off.

Allegations in a complaint should never be taken as fact, although there is a “swearing to the best of my knowledge and information,” caveat that good lawyers pay attention to in filing papers. The interesting stuff comes next. What will the discovery phase of the case discover? It will probably be thorough and it could be a feast for individuals who have been harmed by defective St. Jude cardiac defibrillators.

If you or a loved one have suffered losses in this case, please click the link below and your complaint will be sent to a drugs & medical lawyer who may evaluate your Defective St Jude Cardiac Defibrillators claim at no cost or obligation.
Request Legal Help Now

Posted by
Charles Wittmer
on January 24, 2020
I am sure my crummy dr will wait till my st judes craps out to try and find a replacement. I have been to him twice and he just says he is working on it. I know how this will go and it isn't good. nobody really gives a hoot that could affect the outcome. The quack that installed the device never even held any followups on my progress.
Posted by
JOHANNA LAMBERT
on January 10, 2018
MY HUSBAND ST. CRD-T FAILED HIM...HE GOT NONE OF THE 11 ALERTS IT RECORDED...AND HE HAD A MERLIN...BY JULY 18 IT WAS COMPLETELY DEAD...US ONLY KNOWING BECAUSE HE FELT UNWELL AND I PUT HIM ON THE OXOMETER... HEART RATE 30, TO THE ER AT ONCE...NEW ONE PUT IN THE NEXT DAY, BUT HE DECLINED AND DIED OCTOBER 31ST...
AND I WILL NEVER BE CONVINCED THE FAILURE OF THAT CRD-T DIDN'T START THE AVALANCHE THAT FOLLOWED HIS FAILURE...DAYS BEFORE THE RECORDED FAILURE WE WERE VACATIONING, AND HE WAS WALKING 15 STEPS UP AND DOWN TO THE DOCK CRAB...
Posted by
Robert
on November 13, 2017
I had my ICD cardioverter implant on August 27th 2014 on November 8th 2017 at my scheduled device check by St Judes Tech turn pale white looked at me and said you need to go to the hospital immediately to have your device replaced it's defective due to battery depletion trust me I was quick to argue that statement regardless of the fact one thing I've learned is do not refuse medical advice so I went to the hospital on November 8th surgery was performed on the 9th of November 2017 extracted I device and implanted the new device I've been home for a day and just recently spent approximately one hour online and in my hands I have an FDA class 1 recall that shows my ICD cardio model # number and trade name Quadra Assura is on the list and it's the first time I've heard anything about it and I believe that recall was issued in October of 16th does anybody have any info on what the hell's going on and obviously they can't replace the three lead wires so is my new device compatible with the leads I guess that's to be determined in the future....
Posted by
Kenneth Saucier
on October 15, 2017
I have a St Jude pace marker since two years ago this month 2 yrs ago..I do not have a defibulator..it is only a pace maker..am I at risk..I have had a update completed approx 2 months ago...thank you in advance for your responce ..